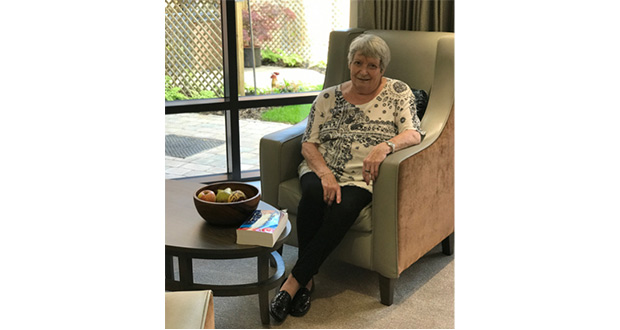 A former teacher now living at Windsor Court care home in Wetherby is taking her fellow residents back to the classroom in a bid to prove that it’s never too late to learn a new language.

Liz Ness, who was born in Leeds and used to be a primary teacher at Aberford Junior School amongst others, enjoys languages so much that she has launched weekly French lessons for those living at the luxury home and plans to host a French-only Bastille Day lunch on 14th July as part of the sessions.

The initiative is evidence of Windsor Court’s resident-led culture in which the people living at the home take the lead in decisions about the activities in which they get involved.

Now in her early seventies, Liz said: “I’m passionate about French and studied it at college which included spending six months at the Sorbonne in Paris. As a family we also used to take long holidays in France during the summer and I became fairly fluent – I even tend to think in French now! When I suggested launching these lessons to my fellow residents, they jumped at the chance.

“We’re starting with the basics and will work up to our lunch event where we’ll try to keep the English to an absolute minimum and use the words that we’ve learnt. It’s a real challenge but we are all having so much fun in the process. You’re never too old to learn a new language – in fact I’m starting Italian from scratch – and it’s so good for the brain to keep absorbing new information. My fellow residents and I play a huge role in what goes on here at Windsor Court and it’s great that we’re able to suggest the types of activities that we do on a day-to-day basis.”

Paula Mountjoy, home manager, said: “Liz – who also curates and hosts her very own general knowledge quiz for residents – perfectly embodies the resident-led culture that we have embedded here at Windsor Court. People living with us play a defining part in shaping the home’s activities – they have a huge influence on daily life here “It’s wonderful that she can combine her teaching and language skills by giving these lessons to other residents. We’re looking forward to hosting our authentic Bastille Lunch and Liz has been planning the menu with our chef – there will be French onion soup, lots of ‘fromage’, baguettes and galettes. It’s very exciting or should I say c’est très bon!”