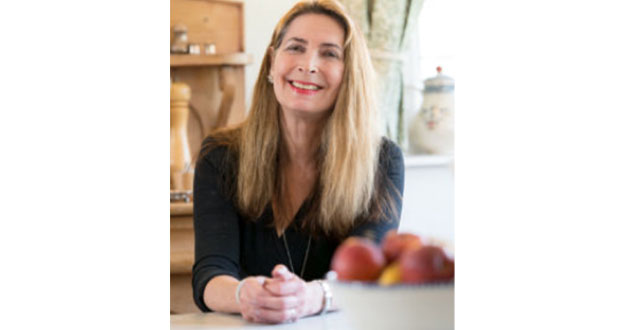 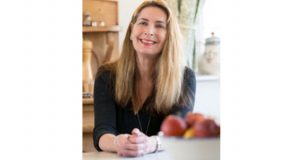 Brave campaigner and novelist Valerie Blumenthal has been made a Champion of Alzheimer’s Research UK, for raising the profile of a rare form of dementia which she is living with.

Valerie has shared her experience of dementia with the national media and as a guest speaker at Alzheimer’s Research UK’s Women and Dementia conference at the House of Lords and the Women of the World Festival, following a diagnosis of Posterior Cortical Atrophy (PCA) in 2014. She is keen to raise awareness of the condition and dementia more widely.

Posterior Cortical Atrophy is a rare form of dementia which impacts the way in which the brain processes visual information from the eye. This can make everyday tasks like driving, reading and walking down the street increasingly difficult as the disease progresses. Ultimately there is a complete loss of connection between the brain and the eyes which leaves the individual effectively blind.

The well-known author who lives in Moreton, Oxfordshire, with her husband Chris, is passionate about raising awareness of dementia and the importance of dementia research, following her own difficult journey to an accurate diagnosis.

“I used to love driving, but increasingly I began having minor accidents: clipping the curb, or, worse, the wing mirrors of oncoming cars. I didn’t know where to position my eyes in relation to the road, signs leapt out at me and busy junctions were hell.

“It took three years to get a diagnosis and during that time I had become an expert at bluffing to my friends and family to cover up why I no longer did the things I enjoyed so much, like playing the piano, reading, playing backgammon and painting. When the diagnosis finally came in November 2013 it was such a relief not to have to pretend anymore.”

As a Champion, Valerie joins a growing group of 45 people nationwide who have made outstanding efforts to help Alzheimer’s Research UK in its mission to defeat dementia.

“We are delighted to make Valerie a Champion of Alzheimer’s Research UK and greatly appreciate her support. Her motivation for raising awareness of our work and increasing public understanding of dementia is a personal one, as with so many of our supporters.

“Valerie’s bravery in facing dementia head on by publicly talking about how it has impacted her life is incredibly inspiring so we cannot thank her enough.

“Increasing the profile of our research by conveying such a powerful message is helping to bring our scientists ever closer to finding better forms of diagnosis, preventions, new treatments and an eventual cure for all forms of dementia.”