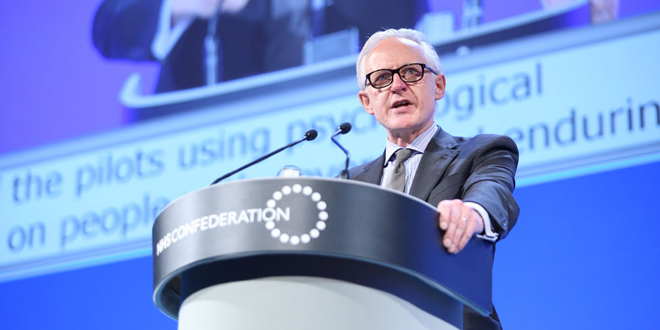 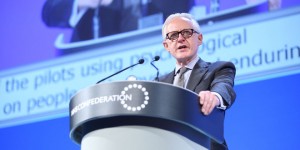 Norman Lamb, MP for North Norfolk and the Liberal Democrat spokesman for Health, today put forward a Ten Minute Rule Bill in Parliament calling for the creation of an independent, non-partisan commission to examine the future of the NHS and social care services.

The system is facing a severe crisis as a result of growing financial and demographic pressures. The purpose of the commission would be to engage with the public and the NHS and care workforce, with the objective of establishing a long-term new settlement for the NHS and care.

Norman is seeking support from all parties who want to ensure that healthcare services are protected for future generations, and has received the backing of Conservative and Labour former Health Secretaries Stephen Dorrell and Alan Milburn, as well as many other healthcare organisations.

The full text of his speech is as follows:

Mr Speaker, I beg to move that leave be given for me to bring in a Bill to establish an independent commission to examine the future of the National Health Service and the social care system; to take evidence; to report its conclusions to Parliament; and for connected purposes.

Mr Speaker, two former Secretaries of State for Health and honourable members from both Government and opposition benches have joined with me to call for the Government to establish such a commission.

We are also joined by an organisation called NHS Survival, a group of progressive junior doctors, patients and others – now numbering 8000 members and by Care England, representing social care providers.

So why is this needed?

The NHS and social care face an existential crisis. In the post war period, demand has gone up by about 4% every year. We all understand the reasons for this. We are all living longer. The numbers of people surviving cancer, for example, has increased dramatically. Half of people diagnosed with cancer now survive their disease for ten years or more according to Cancer Research UK compared to only a quarter 40 years ago. The number of people living with 3 or more chronic conditions is set to rise by over 50% in the ten year period up to 2019. New medicines are invented that tackle the underlying cause of some genetic diseases for the first time and we see remarkable advances in surgical procedures.

All of this is a triumph of modern medicine – something we should celebrate.

For the last five years, the Coalition Government ensured that spending on the NHS was protected but real terms increases have been marginal. With demand continuing to rise, this has been the toughest financial settlement in the history of the NHS. Meanwhile social care has been cut in real terms despite significant increases in demand.

As we look to the period up to 2020, the widely accepted assessment is that there will be a gap of £30bn in the NHS by 2020. The Government has committed to finding £10bn (including the increase in this financial year).

Few experts in the NHS believe that will be enough. The Health Foundation has estimated a gap of £2bn in 2020 on top of the £10bn commitment. Many others believe it will be larger than this.

A reflection of the rapidly deteriorating financial position is shown in the accounts of NHS and Foundation Trusts.  They are facing a projected £2.2bn deficit by the end of this financial year.

Pension changes announced by the Chancellor are likely to add another £1bn to costs.

Pressures across the system are very evident. The news today that at least 100 GP surgeries applied to stop accepting patients because of a shortage of doctors is the latest example.

The position in social care is perhaps more serious. The respected Health Foundation has estimated that there will be a £6bn funding gap by 2020 – without taking into account the increase in the minimum wage. The LGA estimate that this will add £1bn by 2020. It also does not take into account the planned cap on care costs (which the government insists it will introduce in 2020).

The Spending Review provision for councils to increase council tax by 2% will narrow this gap by an estimated £1.7bn by 2020 according to the LGA – provided every council takes advantage of the new power. The plan for an increase in the Better Care Fund will add £1.5bn but only in 2019/20. So a substantial shortfall remains. This means that further cuts to social care are inevitable.

Simon Stevens, the head of NHS England, has made clear that if you cut social care, it will have an impact on the NHS  – and that this, in effect, creates a larger funding gap in the NHS by 2020 than the projected £30bn.

So the situation based on planned spending over this Parliament looks unsustainable. And beyond 2020, it just keeps on getting more challenging.

It’s worth looking at how we compare with other European countries.

Back in 2000, the then Prime Minister, Tony Blair, set the objective of the UK hitting average EU spending on health by 2006. We now risk drifting further away from the EU average.

An analysis shows that of the 21 OECD countries in the EU in 2013 only Slovakia, Hungary, the Czech Republic, Poland and Estonia spent a lower proportion of GDP on health than the UK.

Looking ahead, the picture is just as disturbing.

Projected health spending in England as a proportion of UK GDP up to 2020/21 shows a declining share of GDP spent on the NHS. According to the Office of Budget responsibility, based on the Government’s Spending Review, funding for the Department of Health declines as a percentage of GDP from 6.1% in 2015/16 to just 5.4% by 2020/21. The position for social care is more dramatic.

Given what we know about the inexorable rise in demand, can it make any sense at all to commit a reducing share of GDP to health and care.

I fear that the consequences of failing to address this funding situation could be very serious. The Government argues that substantial further efficiency savings can still be achieved. Yet, however much we hope that the necessary ‘efficiency savings’ will be achieved through smart re-engineering of the system to deliver more value and better care, the reality is that around the country anecdotal evidence suggests that too often preventive services are cut as Clinical Commissioning Groups indulge in crisis management. The financial incentives in the system don’t help. We have payment for activity for acute hospital care but block contracts for community care and mental health. This ensures that rational allocation of resources is distorted. Acute hospitals continue to see increases in income – but demand for their services also increases, in part, because of a failure to invest in preventive care – so their financial position becomes more perilous despite that increase in income. It’s a vicious circle which has to be broken.

In social care, the anticipated shortfall – with rising demand – up to 2020, will result in more people losing support – or support packages becoming more inadequate. We are currently witnessing reductions in care packages in my own county of Norfolk. There are also serious concerns of significant numbers of providers of social care leaving the market. There is a sense of the system living on borrowed time.

The unattractive effect of this will be that those with money will be able to get good care. Those relying on the state will increasingly either get nothing at all or substandard care.

None of this also addresses the fact that mental health desperately needs more investment.

So the Government faces a choice.

The reality is that the system will drift into a state of crisis or we confront the existential challenge now. This transcends narrow party politics. We have to decide as a country how much we want to spend on our NHS and care system. What can we do differently to make better use of the resources available? Should we consider, as I have proposed, a dedicated NHS and Care Tax and give local areas the ability to vary it? Should we end the artificial divide between the NHS and social care? We fund health and social care through 3 different routes – the NHS, local authorities and the benefits system. Does this make sense?

The NHS commands an extraordinary level of support in our country. It’s an amazing demonstration of social solidarity and decency. It’s also the best system in the world according to the Commonwealth Fund in 2014. Yet we cannot take the survival of the NHS and social care services for granted.

William Beveridge proposed the National Health Service. It is now time for a new Beveridge Commission for the 21st century.