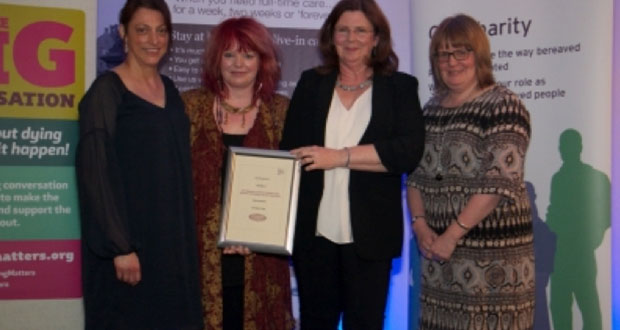 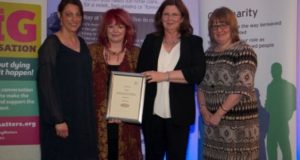 The National Council for Palliative Care is seeking nominations for the second year of its annual awards. Over 50 entries were received for the 2016 awards, and the NCPC is hoping to beat this total.

Awards are given in four categories:

Nominations close on Friday 16 December, and the winners will be announced at an event at the House of Lords on 22 February, 2017.

Claire Henry, Chief Executive of the NCPC, said “last year we were amazed by the range and number of entries, and we’re confident that this year will also bring an amazing selection of entries. There’s a lot of great work going on in end of life care, and these awards celebrate that. We’re looking for entries from hospitals, hospices, social care teams, volunteers – from anybody who is making a difference to end of life care .”

Last year’s winners included a weeklong festival about end of life planning organised by three volunteers in Todmorden, a 24-hour telephone rapid response system in Essex, a network of bereavement help points in Sutton Coldfield and a collaborative model of care for people dying at home. Further details are available here http://www.ncpc.org.uk/news/winners-announced-inaugural-palliative-care-awards

Said Claire: “Last year’s winners were incredibly diverse, but if there’s one thing they had in common it’s a passion for helping people. We had so many strong entries last year it was hard to choose a shortlist, let alone winners, but that in itself is proof of the amazing work going on.”

Mary Clear was one of last year’s winners as an organiser of the Pushing Up Daisies festival in Todmorden. She said “it was wonderful to win the NCPC award. It was the icing on the cake after a successful festival, and it was great to know that our work had won national recognition.”

For more information about the awards, including criteria for each category and an entry form, please see http://www.ncpc.org.uk/awards

Sponsorship opportunities are still available for the awards. http://www.ncpc.org.uk/sites/default/files/user/documents/Sponsors_Awards.pdf