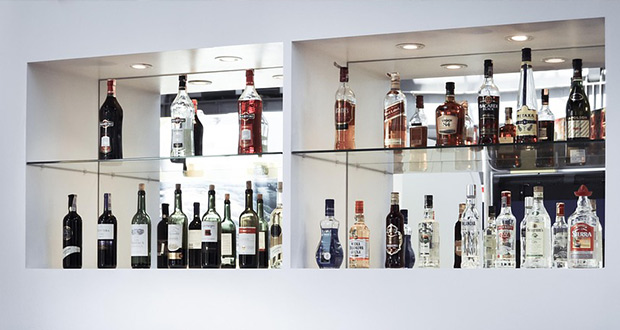 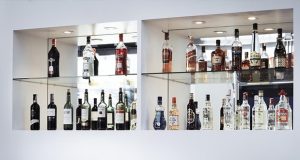 A new study has found that people who regularly consume even moderate levels of alcohol are more likely to show signs of declining brain health. The findings from researchers at the University of Oxford and University College London, are published today (Tuesday 6 June 2017) in the British Journal of Medicine.

Heavy alcohol use has previously been linked to brain damage and an increased risk of dementia, but less is known about the effects of moderate alcohol consumption. Some research has pointed to a protective effect for light drinking but it is not clear whether this link might reflect other factors that influence brain health.

The new findings are based on data collected from 550 members of the Whitehall II cohort, a long-term study into factors that can affect health. Beginning in 1985, the Whitehall II study recruited members of the Civil Service, who went on to provide information about their health and lifestyle through regular assessments roughly five years apart.

To investigate the link between brain health and alcohol use, the researchers calculated participants’ average weekly alcohol intake based on questionnaires they filled in over the study period. Moderate drinkers were those who drank up to 21 units a week, with light drinking classed as between one and six units per week. One unit of alcohol is roughly half a pint of normal strength beer or a pub measure (25ml) of spirits. The researchers related these alcohol levels to performance in tests of language skill from throughout the study, and findings from MRI brain scans taken at the end of the study.

To try to zero in on the effect alcohol alone has on brain health the researchers tried to take other potential influences into account. They adjusted their analysis to control for factors like age, sex, IQ, levels of exercise, and aspects of mental and physical health.

The results showed that compared with not drinking at all, even moderate alcohol intake was linked to an increased risk of unhealthy brain changes and poorer performance on a test of how quickly people could retrieve and say information. Higher alcohol intake was associated with more shrinkage in the hippocampus, an area of the brain that supports aspects of memory and one of the first areas to be damaged by Alzheimer’s disease. Light alcohol use was not linked to any benefits in brain health.

“The association highlighted in this well-conducted research suggests that even moderate levels of drinking may have negative consequences for the long-term health of our brains. The risk of declining brain health increased with higher alcohol consumption so, while we can’t identify a definitively safe level of drinking from this study, the findings suggest that people should not exceed the levels set out in UK government guidelines. The study did not show any protective effect for light drinking over being teetotal, casting doubt on the perceived benefits of reaching for ‘that one glass of red wine’.

“Studies like this, which monitor lifestyle and health over many years, are extremely useful for unpicking factors that could influence the long-term functioning of the brain, but they cannot prove cause and effect. More research is vital if we are to more fully understand the effects drinking alcohol can have on the brain and how it might affect the risk of diseases like Alzheimer’s.

“As well as limiting alcohol consumption, existing evidence points to a number of other lifestyle changes that can people maintain a healthy brain for longer. These include, not smoking, eating a balanced diet, staying mentally and physically active and keeping blood pressure and cholesterol in check.”