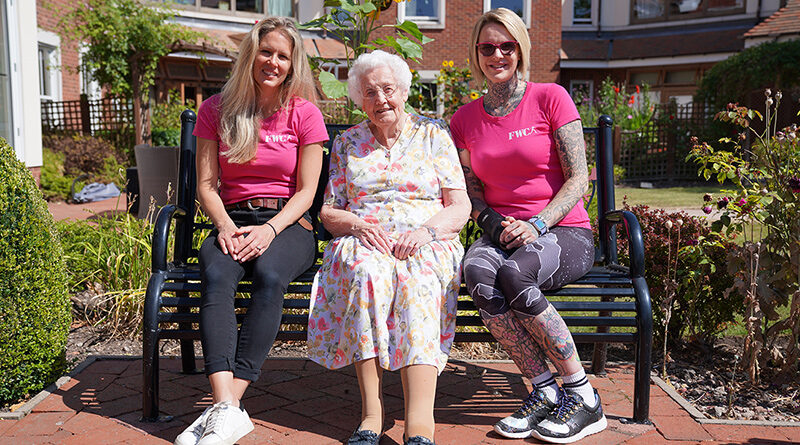 A group of military wives and girlfriends is getting ready to take on a challenging hike to raise money for a charity close to its heart.

The Forces Wives Challenge (FWC), a group made up of female partners of UK serving and veteran military personnel, is scaling the infamous Pen y Fan for Royal Star & Garter. They hope to raise £2,500 for the charity, which provides loving, compassionate care to veterans and their partners living with disability or dementia from Homes in Solihull, Surbiton and High Wycombe.

Around 100 women from all around the UK will set off on Saturday 17 September to conquer the 886m-high mountain – situated in the Brecon Beacons in South Wales. The mountain is notoriously used by the military as part of its selection process for the UK’s Special Forces personnel.

It is the fifth time the not-for-profit organisation is undertaking the Pen y Fan challenge, but the first time they are raising money for Royal Star & Garter. Army wife Stephanie Quintrell helps run FWC and will be supporting participants as they begin their ascent.

She said: “Each year we chose a different charity to raise money for. My husband was going through a list of charities whose focus is the military community, and when we read about the work Royal Star & Garter do, it struck a chord with us. We thought it fitted in really nicely with our organisation. We’re an organisation made up of female partners of military personnel, and because Royal Star & Garter helps veterans and their spouses, it immediately felt very close to our heart.”

Ahead of the walk, Steph and FWC founder and director Heather Sharp, visited Royal Star & Garter, where they saw firsthand the award-winning care provided at the Home to veterans and their partners. They also met resident Sue Southern, who used to be a keen rambler, and climbed Pen y Fan in 1949. She lives at the Solihull Home with her husband Harry, who served in the Navy in WWII, and said: “I would like to wish the ladies at Forces Wives Challenge all the best on their fundraising challenge for Royal Star & Garter. Having climbed Pen y Fan myself, I know how challenging this may be, but really hope they enjoy the experience.”