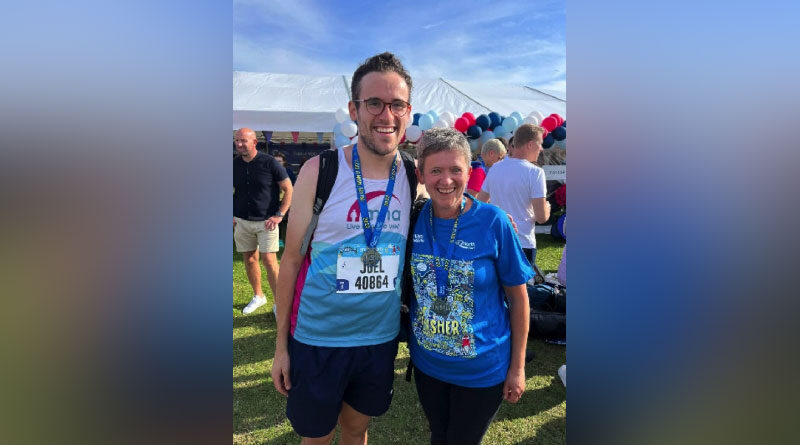 An MHA staff member raised more than £900 by participating in the Great North Run accompanied by her son.

Fiona Dowson works as a chaplain for MHA Glen Rosa, in Ilkley and decided to raise funds for the home to purchase some life dolls and a karaoke machine.

She was joined by her son Joel and chose her place of work as the recipients due to the tough time care homes have had during the pandemic.

The Great North Run is the second largest half marathon in the world, taking place annually in Northeast England each September.

The total figure raised was £950.00 and Fiona says the thought of the residents spurred her on towards the finish line.

She added: “Me and Joel were thinking of doing a fundraiser for a while and when the idea of the Great North Run came up, I was ready.

“It felt good doing the race for MHA Glen Rosa as it’s a place I know very well, and I knew how much this would mean to us.

“To prepare for the run I was running three times a week and even though I did the race a long time ago, it was a lot harder than I anticipated.

“The support on the day was fantastic, there were so many people encouraging me and other runners to keep going and when I finished it was very overwhelming.

“I am very proud of completing the race and felt like it was uphill a lot, but the thought of seeing the residents’ smiles kept me going.

“I want to thank Joel for running with me, it was great to have him by my side and of course everyone that donated to the cause.

“We have raised an amazing amount and I am looking forward to seeing the money spent towards the items we require.”