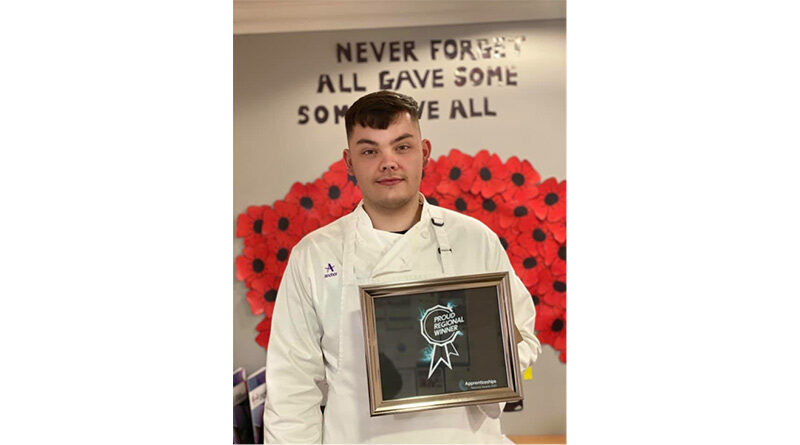 A catering assistant from a care home in Walsall has received praise for winning the Apprentice of the Year, West Midlands Region, of the National Apprenticeship Awards for 2020.

John Brookes, 18, who started working at Anchor’s Harden Hall in Coalpool Lane in October 2018, won the award while attending the virtual regional finals for the National Apprenticeship Awards on zoom on Friday 6 November.

John said he was delighted to have won the regional final and was honoured to be considered for the national award but said it had only been possible thanks to the support from other members of staff at Harden Hall.

He said: “I’m proud to have won the regional final, it was an honour just to be nominated! I joined up as an apprentice in a care home because I wanted to give something back to the older generation who have done so much for this country. I wanted to take good care of them so their families knew they were in good hands.

“I really enjoy my job and working as an apprentice has taught me so much. I’m just glad that Anchor and Harden Hall have encouraged me to do what I love. This wouldn’t be possible if it wasn’t for such a great team that have pushed me to be my very best from the very start.”

Paula Borland, Anchor’s Leadership and Talent Manager, praised John for all his work.

She said: “John has shown commitment and dedication not only to his learning journey as an apprentice, but to his colleagues and more importantly our residents. He really does think of how he can use his skills and talents to benefit them.

“One thing that stood out in his application was that although ideas and tasks are carried out by John, he always refers to the success as a team effort.