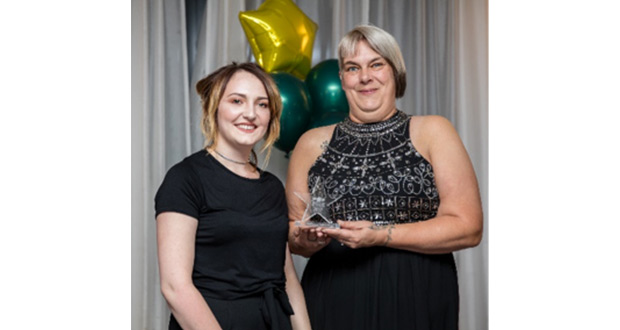 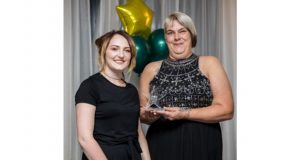 Blair House, a Lincoln-based home for adults with learning disabilities, is celebrating after its employees had their work recognised and celebrated at a national awards ceremony.

More than 200 people gathered at The Heythrop Park Hotel in Oxfordshire for the annual  PRIDE Awards, which aim to reward the achievements of outstanding staff members from amongst the 19,000 workforce, at more than 400 facilities managed by the Priory Group, the mental healthcare specialists.

He said that the team won the award against very stiff opposition, and were an example of what great care looks like. In particular the team had given “brilliant end-of-life care to a resident. They arranged a special rota so she had companionship early in the morning and late into the night. They pulled together to give this resident the very best care”.

Other winners were nominated by colleagues and selected by a panel of judges from Priory Group’s  executive team in categories such as ‘Being a Family’, ‘Being Positive’ and ‘Striving for Excellence’.

Mr Willis said: “Priory’s ‘PRIDE awards’ allow us to recognise people who are doing something exceptional. Many amazing things go on in our care homes every day and the excellent team at Blair House can be very proud of winning in their category. It was fantastic to celebrate the very best of Priory Adult Care – those people who make a real and lasting difference, daily, for those in their care.”

Catherine Brooks, home manager of Blair House, which is run by Priory Adult Care, part of the Priory Group, said: “We had a resident whose health was failing. During the last two weeks of her life, the whole staff team went above and beyond for this lady ensuring she had someone with her, and ensuring her dignity and respect were maintained. They sang to her, pampered her by doing her nails and moisturizing her hands and feet; and they held her hand for hours. The staff set up their own rota volunteering to come in at 6am so she had someone to sit with her while others were busy with other residents. They stayed on until 11pm often after having been at work since 8am. Towards the end, people volunteered unpaid to sit with this lady throughout the whole of the night just so that they were certain that she would not die without someone with her and holding her hand.

“I am so glad the team won the award. I think the staff team went above and beyond, showing dedication, commitment and passion at a difficult time.  As their Manager, I am so proud of them and have told them so, but I felt it would mean so much more if our company recognized their actions with a ‘PRIDE’ award.  I am so pleased that the team has won this prestigious award.”