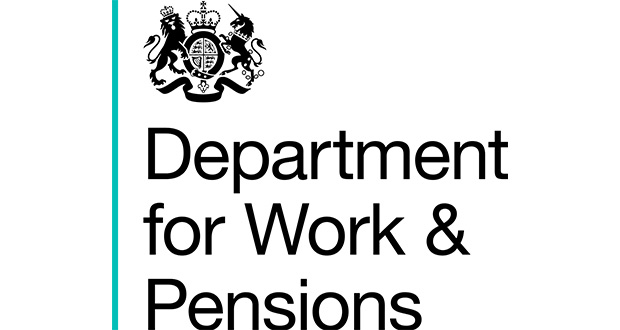 The Department for Work & Pensions (the Department) is detecting significantly more Carer’s Allowance overpayments now, that it could have detected before, because it has recently put in place more people and new systems.

Carer’s Allowance is paid to people who care for people on a qualifying disability benefit. The Department detected 93,000 overpayments in 2018-19 compared with an average of 41,000 a year it detected in the previous five years. While many overpayments were for one week, some cases went on for more than a decade before they were discovered.

As a result, the Department is seeking more repayments from carers for overpayments of Carer’s Allowance, in a few cases for over £20,000. The Department aims to recover around £150 million from just under 80,000 carers where the Department deems the carer was at fault for the overpayment.

It will take a long time for carers to repay these overpayments. At the standard rate of repayment for those on benefits, it will take an average of three and a quarter years for carers to repay their debt. For those on benefits with an overpayment of £20,000 this could require repayments for the next 34 years. The Department has reclaimed £22 million of overpaid Carer’s Allowance in 2018-19 by reducing people’s benefits and through mandatory deductions from employee earnings.

The Department does not know how these repayments affect carers or the disabled person they care for. A typical scenario would see a carer relying on Income Support and Carer’s Allowance for their income to pay for general living expenses such as food, bills and clothing; a repayment of £11.10 would represent around 10% of a such a carer’s income.1 The Department has not conducted any recent evaluation of the impact of its debt recovery policies and nor is it required to under legislation.  The Department currently offers hardship rates of recovery to nearly 1,000 carers struggling with repayments.

The Department has a limited understanding of underlying rates of fraud and error. The Department uses sampling to estimate the underlying levels of over (5.5%) and underpayments (0.1%) of Carer’s Allowance. The assumed rates are based on measurements from more than 20 years ago. The NAO has repeatedly recommended that the Department update its estimates, and it is now working on a new estimate for 2020.

Most detected overpayments arose because carers failed, as soon as ‘reasonably practicable’, to notify the Department with correct information about their earnings. It classifies 89% of the value of overpayments as fraud or claimant error, which are the claimant’s fault and need to be repaid.

Misunderstanding the rules around earnings and expenses can lead to carers accidentally accruing overpayments. Some carers are involuntarily caught out by the eligibility rules which create a cliff edge: carers are either entitled to the whole allowance or none of it. The Department acknowledges that it needs to improve its communications with carers to raise their understanding of their obligations. It is reviewing its initial and annual letters to carers, as well as the online guidance, to ensure carers’ obligations are clear.

Few overpayments are proven fraud. The number of people referred for prosecution for fraud fell from 1,176 in 2014-15 to 483 in 2018-19. In 2018, the Department cleared a backlog of 1,000 potential prosecution cases partly by applying more financial penalties, known as administrative penalties. The Department agreed 1,253 administrative penalties in 2018 compared with an average of 860 in the previous four years.

Some errors are the Department’s fault where it has the information to assess an award but makes a mistake. The Department has internal estimates of official error rates based on samples of new claims and changes in circumstances. These showed an overpayment rate of 1.8% and an underpayment rate of 0.8% in 2017-18.

The Department’s strategy for reducing fraud and error in Carer’s Allowance focuses on matching claims to earnings data provided by employers to HM Revenue & Customs (HMRC). This flags cases where carers may be earning more than the earnings limit which then need to be followed up manually. The Department has to check them with the carers themselves to verify the information. Over the past five years the Department has improved its systems of data matching so that they are more timely and more of the cases investigated lead to a detected overpayment.

In the past the Department lacked enough staff to follow up every case flagged by data matching. Between 2016 and 2018, for staffing reasons, only a monthly average of 380 (12%) cases of a potential 3,220 worthy of investigation were investigated. Around two thirds of carers with debts for overpayments over £2,500 caused by failing to correctly declare their earnings would have had their overpayments stopped earlier if there were sufficient staff. The Department has decided not to investigate all of the remaining cases flagged under previous systems because it believes ongoing overpayments will be caught by the new systems.

The Department underestimated both staff turnover and how claims for Carer’s Allowance would increase. This led to backlogs which peaked at 52,000 unprocessed new claims in September 2017 and 104,000 unprocessed changes in circumstance in November 2018. Delays in processing claims and changes meant that overpayments were not identified in a timely manner.

The Department has recently introduced a new system that flags data matches more promptly. The Department estimates that the system will produce additional savings of £136 million by 2025-26 but has two limitations. Firstly, the new system produces many more matches which need to be investigated, which it only does manually. Secondly, the new system will not detect all overpayments. For example, where carers are no longer paid Carer’s Allowance, the system has no means of detecting historical overpayments. The Department is also currently unable to register 254,000 carers (30%) due to software issues but is trying to resolve these.​