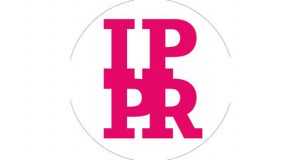 The vast majority of EU migrants working for social care charities in the UK would not be eligible to work here if the rules for those from outside the EU were applied to them, according to new research from IPPR, the progressive policy think tank.

The new report on the future of the charity workforce after Brexit shows that the imposition of immigration controls could lead to a dramatic shift in charities’ ability to recruit from the EU.

It finds that if the government applied the current rules for non-EU nationals to the existing charity workforce drawn from the EU, around 82 per cent would not be eligible to work in Britain. This rises to 87 per cent for EU nationals directly employed in social work and residential care. This poses significant problems for the social care sector, which already faces funding problems and a workforce crisis amid an ageing population.

The number of EU nationals in the UK charity sector’s workforce has grown substantially over the past two decades, more than doubling from 14,000 to 31,000 since 2000. Around half of them work in social care.

The report also found that:

–   In a survey of 100 charity representatives, conducted by Charity Finance Group, nearly half of respondents thought that it would be even more difficult to recruit for hard-to-fill vacancies after the end of free movement, and 62 per cent had no experience of using the visa system for recruiting non-EU nationals.

–   According to the Employer Skills Survey, more than half of charity employers (55 per cent) state that they would have committed to more training in the past year if they could have done, with two thirds of these charities citing a lack of funds as a barrier to additional training.

The report urges specific action be taken to prepare the social care sector for the end of free movement, given the concentration of EU charity workers in social work and residential care. It calls for a sustainable funding settlement for social care to allow for wage growth, in order to attract more people into the sector. Further details for how this could be delivered will be outlined in the independent Lord Darzi Review for Health and Care, to be published by IPPR later this month.

The report also recommends that:

– The government move quickly to guarantee the rights of EU citizens living in the UK and urges charity employers to support their current EU staff by paying the expected fee to acquire new documentation needed.

–   At the same time, given the limited funds for training within the charity sector, the government should introduce greater flexibility into the system by making levy funds redeemable against the cost of high-quality training, beyond simply apprenticeships.

Marley Morris, Senior Research Fellow at IPPR and author of the report said:

“So far the debate about ending freedom of movement has focused on the consequences for the private and public sectors. But the charity sector too will feel the effects of restricting EU migration, which could have a domino effect on the delivery of social care.

“The government needs a joined-up approach to immigration rules, skills policy and social care workforce planning to ensure that Brexit provides an opportunity to alleviate, not exacerbate, the continuing pressures on our care system.”