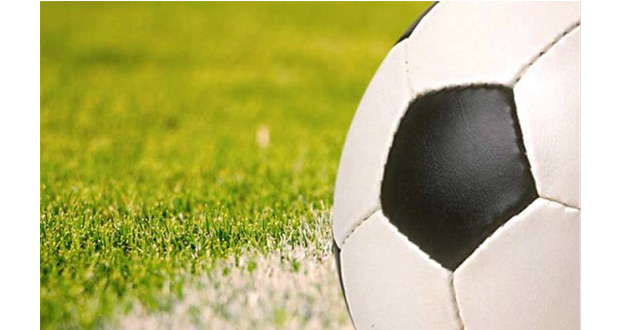 A study of 7,676 ex-professional footballers commissioned by the Football Association (FA) and the Professional Footballers’ Association (PFA) has today revealed that despite a number of health benefits, male former professional Scottish football players were three and half times more likely to die from dementia than the general population of a similar age and social status. A statement released by the Football Association (FA) today (Monday 21 October) has announced the results, with the full findings published in the New England Journal of Medicine.

The FA and PFA commissioned the FIELD (Football’s InfluencE on Lifelong health and Dementia risk) study in 2017. Its aim was to explore the long-term health impacts of professional football, particularly dementia risk – a topic that has gained increasing attention in recent years.

Dr Willie Stewart at the University of Glasgow led a research team to look at the electronic health records of 7,676 male ex-professional football players in Scotland and compared them to 23,028 non-players of the same age, sex, and socio-demographic background.

All those in the study were over 40 years, born before 1977 and followed up for an average of 18 years.

Over this time, 1,180 of the former players died (15.4%) compared to 3,807 of the non-players (16.5%). The researchers analysed the prescriptions of dementia-related medicines for people in the study, as well as the cause of death on the death certificates of those who had passed away.

The study found that the ex-professional players lived just over three years longer than their non-footballing counterparts and were less likely to die of heart disease and lung cancer.

The research found that former footballers were 3.5 times more likely to die from dementia. Of those who died during the study, 11% of the former professional footballers had dementia as a primary cause of death compared to 3% of their non-playing counterparts. There was no difference in the age of death from dementia between players and non-players.

The study also found that prescriptions of dementia-related medications were more common in former professional players compared to non-players. The research study did not explore the reasons underpinning the heightened risk of death from dementia in the ex-professional footballers.

Following the results, the FA brought together an independently-chaired Medical and Football Advisory Group, including Alzheimer’s Research UK’s Director of Research Dr Carol Routledge. On the back of the group’s recommendations, the FA has re-issued their guidelines on concussion management and best-practice advice for coaching.

Alzheimer’s Research UK is calling on football associations across the world to support further research to explore this link.

Dr Carol Routledge, Director of Research at Alzheimer’s Research UK, said:
“This well-conducted study of long-term health in ex-professional footballers is the largest of its kind and fills an important gap in our knowledge about football and dementia. Former professional footballers enjoy several health benefits, but the strong association with dementia justifies calls for a global focus on research to understand this link further.

“The study has not looked at what aspect of players’ lives on and off the pitch may be behind their increased dementia risk, but there is a pressing need for further high-quality research to address this question. Alzheimer’s Research UK is acting as an independent advisor to the FA to help prioritise the direction of future research.

“While the research is limited by the accuracy of historic medical records, it’s only due to the quality and availability of medical records in Scotland that this work has been possible. The results form a solid basis for wider expert discussion about the impact of professional football on long-term brain health, including head injury, and we hope to see more data from this study in the coming months and years.

“The study focused on former professional football players and doesn’t tell us anything about whether the modern professional or grassroots game should change or how. With football close to the hearts of so many of us, football associations across the world must take the findings seriously and review emerging evidence to ensure players can enjoy the game safely at all levels.

“Dementia is caused by complex brain diseases and our risk is influenced by our genes, lifestyle and health. The best evidence suggests that good heart health is the best way to keep the brain healthy, so when played safely, a kick around with friends is still a great way to stay mentally and physically active.”