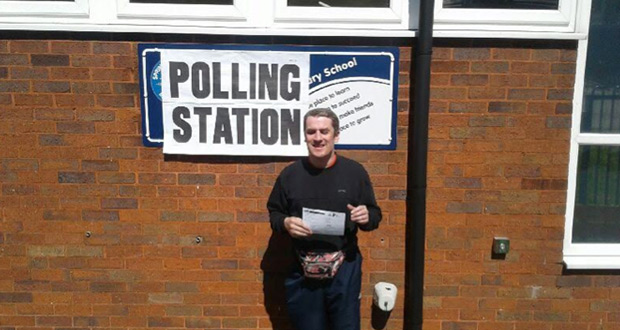 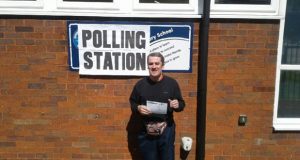 Care provider Heathcotes Group has spent the past month making a concerted effort to encourage its service users to exercise their right to vote in the General Election.

The Group produced and distributed impartial and easy-to-digest information explaining questions, policies and processes to enable its residents across the UK to make a more informed choice at the polls. Many were inspired to vote last week and Heathcotes were delighted to assist them in visiting their local polling station.

In 2016 Heathcotes established a commitment to encourage and help service users to vote at every opportunity, including last year’s EU referendum and this year’s local elections. Robert, who lives at Heathcotes’ Blythe Bridge home, had previously suffered with social anxieties and was very reluctant to get involved in the community. Robert and his staff team worked very hard to overcome those fears and in June 2016 he went to his local polling station to take part in the referendum. Since then Robert has developed an interest in taking part in local politics and he was very proud to cast his vote in the Staffordshire County Council election last month. Robert was back at the polling station to have his say on 8th June.

Heathcotes Managing Director, Brendan Kelly, said: “Heathcotes are hugely passionate about providing a better quality of life for people with learning disabilities, and ensuring that the people we support are able to play a full and active part in society. Promoting dignity, citizenship and social inclusion is a crucial part of that mission, so we strongly believe that people with a learning disability should be supported to have their say in the General Election.

That’s why we made a big effort to encourage everyone we support to register to vote, and have a say in shaping the future of our country. A person with a learning disability has exactly the same rights to vote as anyone else, yet many individuals with a learning disability are not exercising that right. As a result, are significantly underrepresented at the ballot box. Of course, it was important that we made it clear that there is no right or wrong answer, and we worked hard to ensure that the support staff did not express their own views when passing on information.”