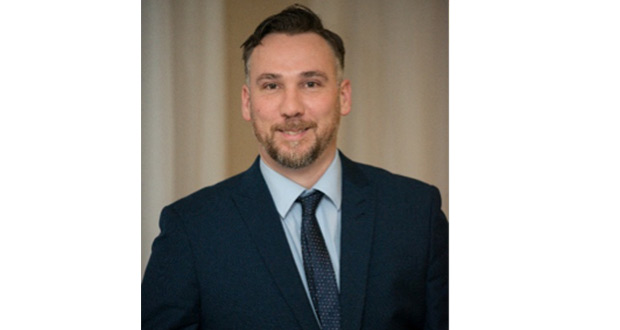 As a particularly nasty strain of flu threatens the UK, make sure you’re prepared!

With strong warnings out about the strain of influenza currently circulating the globe, this is unlikely to be an ordinary flu season. Following the worst flu outbreak in Australia for many years, there are major concerns that the deadly strain is about to wreak havoc here in the UK and it’s thereforecrucial that care homes are prepared.

Tagged the ‘Aussie flu’, the recent influenza outbreak down under was that of the H3N2 strain. More than 195,300 cases were confirmed by the beginning of September (the end of their winter season) – almost two-and-a-half times more than in 2016.[i] At time of writing, 417 influenza-related deaths had been reported to the National Notifiable Diseases Surveillance System. Notification rates were also highest in adults aged 80 years or older, with the second most common age group being children of 5 to 9 years.

This particular strain is similar to that which circulated the UK in the winter of 2014/15, causing chaos among the population and led to a significant number of fatalities. There are also warnings that the H3N2 strain could pose the same threat to humanity as the Hong Kong flu pandemic of 1968, which killed a devastating one million people worldwide.

Now you might think that the residents in your care are protected by the vaccination they would have had earlier in the year. However, some experts have raised concerns that this year’s vaccine may not be effective against the H3N2 strain. The vaccine was made by the World Health Organisation in March based on the influenza strains their scientists expected to circulate this year, but it may not match the H3N2 strain and could therefore leave the population vulnerable to the virus. The consequence of this could spell trouble for the already stretched NHS, with the possibility of elective treatments being postponed as Trusts attempt to deal with the huge scale flu outbreak anticipated.

What can we do?

Elderly people, especially those with underlining health conditions or with compromised immune systems, are the group of people most vulnerable to the effects of influenza. Among the most common complications of influenza are chest infections such as bronchitis and pneumonia, which can become very serious in elderly people. Flu can also cause lung conditions like asthma or chronic obstructive pulmonary disease (COPD), and diabetes to worsen. It’s therefore essential that every precaution is taken so as to reduce the risk of an outbreak within the care home.

This should involve communicating with residents’ family and friends and warning them of the dangers presented this flu season. They should be advised not to visit if they are unwell or if they have recently been in contact with someone who has developed flu. For those who do visit, they should be encouraged to wash their hands regularly and use hand sanitiser to avoid contacting or transmitting pathogens during their stay. Even if they seem healthy, most adults can pass on the virus from one day before symptoms develop (which is typically one to four days after the virus enters the body) until 5-7 days after becoming sick. For those who unknowingly visit the care home when they are contagious, such protocols will help to limit transmission.

Preventing the spread of flu throughout the care home with careful hand hygiene and disinfection of inanimate surfaces and objects is equally as important. Flu is transmitted via droplets propelled into the air when a contaminated person coughs or sneezes and the resulting droplets landing in someone’s mouth or nose, or being inhaled into the lungs. It is also possible to contract the virus by touching a surface or object that is contaminated with similar droplets and then touching the mouth or nose. Making hand santiser available in the visitors’ rooms is vital, as is ensuring that your cleaning teams use effective disinfectants you can trust, to eliminate viruses from inanimate surfaces and objects.

What if there is an outbreak in the care home?

Identifying the early signs of influenza can help to make sure residents receive the care and attention they need to fully recover. Elimination of any remaining pathogens around the premises is also crucial to help prevent reinfection – and this is where fogging comes in. CareGuard Fogging from Initial Medical provides a quick and highly effective method of treating the premises in the event of an outbreak. The super-low volume foggers generate tiny droplets of specialist disinfectant Steri-7 Xtra, which land on and around all pieces of furniture, furnishings and otherwise hard-to-reach areas to eliminate the vast majority of pathogens. Steri-7 Xtra disinfectant deativates 99.9999% of viruses, bacteria, yeasts, spores and fungi for complete peace of mind, and its ‘Reactive Barrier Technology’ keeps on working for up to 72 hours after application.

As we get further into this year’s flu season and face the particularly dangerous strain of influenza expected to circulate, it’s important that extra preparations are made to keep residents, and staff, safe.

Julie Armstrong, home manager, said: “The empathy dolls have been really successful with our residents who have dementia.

“Holding and interacting with the dolls helps them to feel calm, gives them a sense of meaning and purpose, as well as improves social interaction and communication.”

The dolls have been donated by charity History of Hartlepool, which also makes reminiscence DVDs featuring images and stories from the town.

The charity was founded after a Facebook group created six years ago gathered support, with members requesting more information about the town.

The founders began creating films, photos and newsreels about Hartlepool’s past and selling them to raise funds for the town’s care homes

Money raised by the charity is then used to buy specialist sensory equipment, such as the empathy dolls, and to pay for daytrips.

Debbie Wilkes, activities coordinator at Queens Meadow Care Home, said: “We’ve purchased all of History of Hartlepool’s reminiscence DVDs as our residents really respond to the images and stories that are included.

“It’s a bonus the group donates money to the home so that we can buy new things that interest them.”

The Local Government Association (LGA), in partnership with central government and with the support of the Government Equalities Office, is launching its Return to Social Work programme which will look to retrain social workers for both adults and children who have left the profession.

The West Midlands, East of England and London will be the first regions to take part in the programme. The LGA will work closely with these local areas to promote and support the recruitment of 100 experienced social workers into critical roles, providing a high quality training package for individuals who have left or taken a break from social work practice.

The Return to Social Work programme builds on the success of the LGA’s Come Back to Social Work campaign, which sought to retrain 20 social workers from adult, child and family social work, who had left the profession.

Those wishing to take part in the programme can apply by visiting www.returntosocial.work. Applications must be submitted by 19 November 2017.

Successful applicants will be provided with 15 weeks’ training to prepare them to re-register with the Health and Care Professions Council and be ready to return to practice work from early 2018.

Cllr Richard Watts, Chair of the LGA’s Children and Young People Board, said:

“This is an exciting time for social work as we launch our Return to Social Work programme and announce that the West Midlands, East of England and London will be the first regions to take part.

“The programme will build on the success of our Come Back to Social Work campaign by offering tailored training and development placements to 100 social work returners.

“It’s easier than people think to come back to social work. This scheme will give 100 social workers the opportunity to retrain without cost. If you left social work between two and five years ago you may qualify for a place on the Return to Social Work programme.

“Social workers are extremely motivated by their passion for the profession and we hope that those who are contemplating returning take up this offer, as they can definitely make a difference for people.”