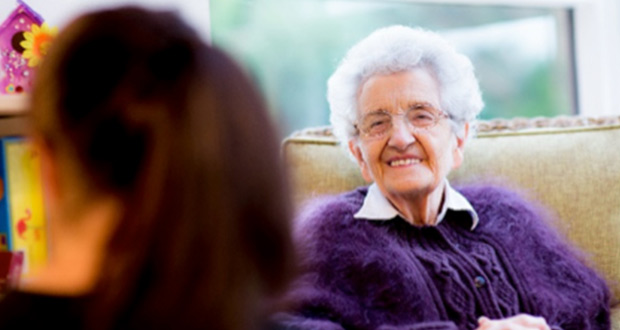 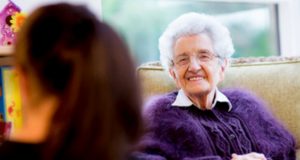 When it came to appointing its new Chief Executive, Balhousie Care Group knew just who to sit in on the interviews: the residents themselves.

The care home group invited residents, their relatives and staff members to conduct panel interviews in a move that brings a whole new meaning to peer-to-peer recruitment.

The result? Steve White, the winning candidate, faced grillings like he’d never had before in a job interview.

Steve, who was named as the company’s Chief Executive in September, said: “I have to admit those were tough interviews, the toughest I’ve had in my career! But the questions the panels asked were great. It gave me an immediate insight into the workings of the homes. Our homes are not only the residents’ homes, for family members who visit often they become a home-from-home for them too. That’s why my interview process made absolute sense.”

As part of his recruitment process, Steve also had interviews with chairman Tony Banks and the Balhousie Care Group board.

Allison Taylor, a resident at Balhousie Wheatlands in Bonnybridge for seven years, sat on one of Steve’s interview panels along with her husband Trevor, who lives nearby. Each of them submitted a question in advance that they wanted to ask. They quizzed him on how he saw the home progressing and how he would address recruitment and staff turnover.

Allison, who used to sell antiques and has also managed a catering company, bar and bistro, said she had never been involved in group interviewing before.

She said: “There were eight of us in the panel and one observing, and there were two panels and two candidates. Each panel interviewed one candidate and then switched over to interview the other. I think it’s absolutely brilliant that Balhousie did this sort of recruitment, especially for such an important position in the company. You learn so much from listening to the person being interviewed and what goes on at his level.”

Trevor, a former landscape gardener, added: “It was nice to get a chance to see and to speak to someone who is coming in as head of the company. So often you get to being CEO of a company and you’re a bit of a mystery to the others in the company. Also, there were so many different people on the group that it meant a diversity of questions.”

Involving its residents in the recruitment process is part of Balhousie Care Group’s Participation Charter, launched in March 2017. The first of its kind within a care home setting, the charter it commits to residents getting a bigger say than ever in the care they receive. It is a culmination of a company-wide drive at Balhousie towards personalisation of care and increased participation across its 25 homes, an initiative called ‘Together We’re Great.’

Balhousie Care Group’s Participation Charter was created by Balhousie residents and staff and inspired by National Involvement Network (NIN) and the Association for Real Change (ARC) Scotland. In a NIN report published last year, organisations reported that participation charters provided a framework for continual improvement, embedded the values and culture of an organisation, provided a catalyst for change, and led to improved staff recruitment.

Grace Sloan, care home manager at Balhousie Wheatlands, said the responses from her staff had been positive too. She said:

“We work hard within the home and the group to consult with our staff and check in with them on everything from ideas to the day-to-day logistics of providing high quality care. Asking staff, as well as residents and family members, to sit in on these interview panels reinforced that commitment from Balhousie. It also meant Steve could hear on-the-ground issues and concerns and get a real feel for our business.”