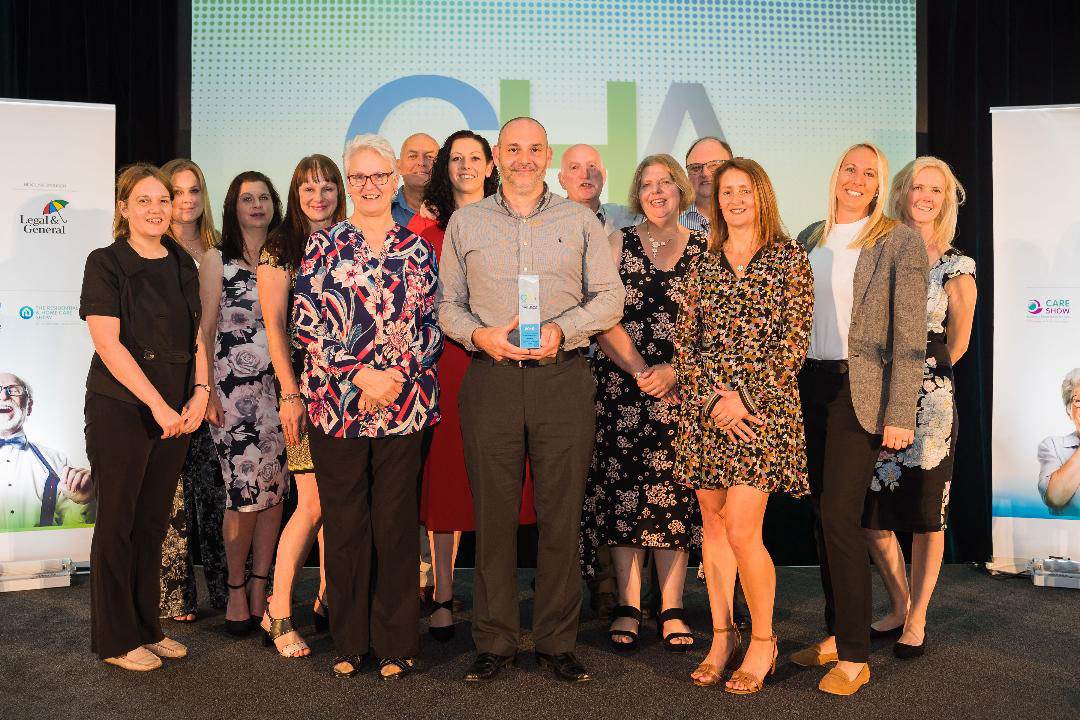 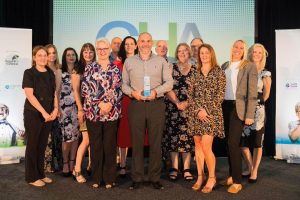 Maintenance staff whose initiatives have transformed care for residents at specialist care homes in Hampshire have been crowned ‘best in the UK’.

Andy Foster and his team at Cornerstone Healthcare beat three other finalists to scoop the top prize at the Care Home Awards which celebrate excellence and innovation in care homes across the UK.

The judges at the award ceremony at ExCel in London on the 27th June were impressed by the maintenance staff’s willingness to go above and beyond their roles and the initiatives they had developed to improve care and reduce costs by thousands of pounds.

Lead by Andy, the team devised a trial of wristwatch-style seizure monitors in place of wired-in models. Residents were able to wear the monitor 24 hours a day, not just when they were in bed, giving staff more comprehensive information about their health.

Because there were no longer wires involved, the monitors didn’t get damaged when beds were moved, meaning units didn’t need frequently replacing.

The trial has allowed staff to improve the level of care they provide and when it is rolled out to all of the residents who could benefit, it has the potential to save the homes more than £15,000 a year.

The team comprising of only four members works across the two sites, in total 154 beds. This, in itself, is no small task, added to which is the listed status of Kitnocks House and the challenges that brings.

The maintenance staff also researched new mattresses for the home which reduced the number of pressure sores experienced by those who spent long periods of time in bed. The project was so successful it was recognised by NHS England.

“We are thrilled that our team’s hard work has been rewarded,” said Cornerstone CEO, Johann van Zyl. “Every member of staff in South Africa Lodge and Kitnocks House has a responsibility of care towards our residents.

“We encourage everyone to question current processes and see if there are ways we could do things better, and Andy and his team have really run with that to great effect. We are very proud of their achievement.”

Andy was thrilled his team won but played down their achievement as just doing a good job.

“I think of the residents as my relatives,” he said. “I start looking at issues with the thought, “if that was my mum, what would I want for her?”.

Cornerstone Healthcare is the only operator in the south east of England offering specialist nursing care for people with challenging behaviours as a result of neurological or mental health needs.

It was also shortlisted in two other categories in the Care Home Awards – best nursing care and best training initiative – just 10 months after the group took over the running of the homes.