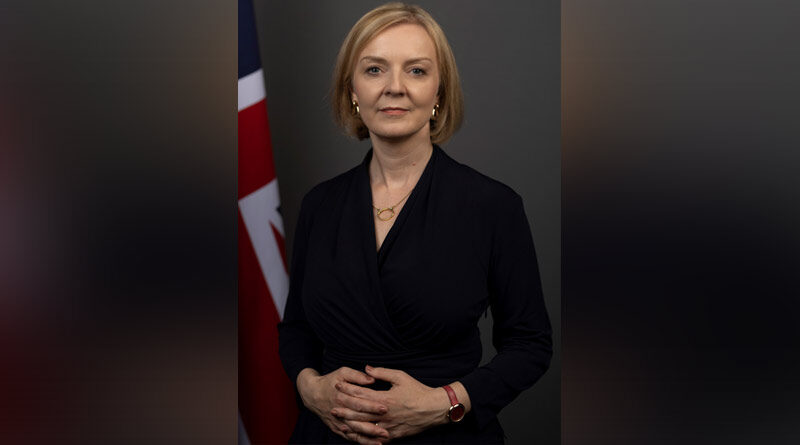 The Prime Minister announced that corporation tax will rise to 25%, rather than remain at 19% which was announced in September’s mini-budget.

In a brief statement after a day of turmoil, she reversed planned cuts to business tax aimed at boosting growth.

She admitted “parts of our mini-budget went further and faster” than the markets were expecting.

But she insisted she would stay on as PM to see through her “mission” to get the economy growing.

“I’m absolutely determined to see through what I promised – to deliver a higher growth, more prosperous United Kingdom to see us though the storm we face,” Ms Truss said, adding that the government had to act now to stabilise the markets and protect the UK economy.

The announcement was made in a press conference this afternoon after Chancellor Kwasi Kwarteng was dismissed from his position. Former health secretary Jeremy Hunt has been announced as the new chancellor of the exchequer, while Ed Argar will take over chief secretary to the treasury.

Andrew Megson, CEO of My Pension Expert, said:
“Even after a month of major shocks, this news is particularly momentous. Kwasi Kwarteng leaves with egg on his face, the economy in a downward spin, and Liz Truss’ premiership hanging by a thread. Forget any political point-scoring or personal agendas, this whole episode – from the mini budget on 23 September through to today’s unceremonious dismissal of the Chancellor – has set Britain back at a time when clear, decisive action was needed.

“Households across the country are trying to get a grip on their finances, pension planners have been trying to understand how fluctuations in financial markets will affect their savings, and retirees are re-entering the workforce in their thousands. Policies and financial support schemes were required to ease concerns, soften the blow of the cost-of-living crisis, and enable people to plan their finances more effectively; but what we have had is a string of unseemly U-turns and misjudged policies, which has confounded an already difficult decision.

“Let’s hope for a more measured, thought through economic action plan from Truss, if she survives this crisis. People are crying out for clarity, stability and a little calm across the financial markets. If these things cannot be delivered, and quickly, the calls for a general election and change of government will surely become too loud to ignore.”