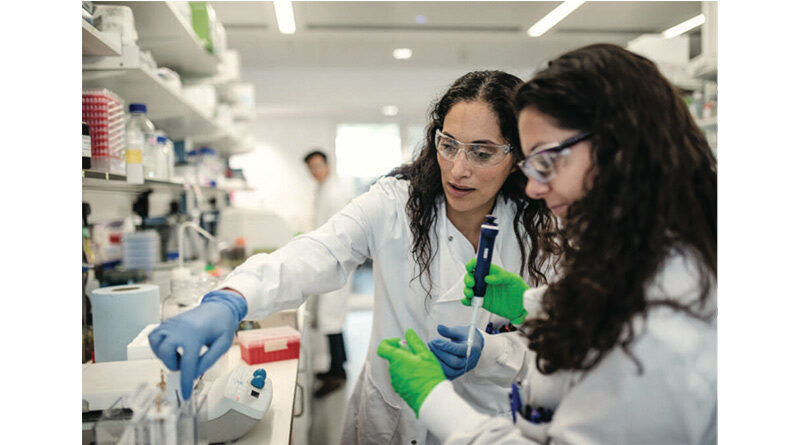 The Garfield Weston Foundation has dedicated funding to the UK’s leading dementia research charity, Alzheimer’s Research UK, to protect the next generation of scientists working to tackle dementia. The funding, worth £240,000 and known as the ‘Weston Catalyst Fund’, will fund early career dementia researchers over the next three years.

The ongoing COVID-19 pandemic continues to impact people with dementia, and dementia research is not immune to the pandemic’s impact on society. Alzheimer’s Research UK’s survey of UK-based dementia researchers revealed 95% have had their projects delayed, and one in five had stopped completely.

A lack of future funding opportunities is also forcing many scientists to consider leaving the field and individuals at the earlier stages of their career are disproportionately affected.

Many Early Career Researchers, whose positions are grant-dependent, face funding gaps and tough decisions on whether dementia research is still a viable career choice for them.

“We are so thankful to the Garfield Weston Foundation for their support. Early Career Researchers are the lifeblood of any research community, bringing new ideas and approaches, helping the research landscape to grow and flourish. We cannot afford to lose them now.”

“As in other disease areas, such as cancer, breakthroughs for dementia will only come through recruiting the brightest minds and supporting them to achieve incredible results. Grants to our Early Career Researchers have already led to over 650 discoveries, and collaborations across 24 countries.”

“Alzheimer’s Research UK is proud to be at the forefront of dementia research. Our knowledge of the diseases that cause dementia has been increasing at a rate second only to cancer research. The work to develop a COVID-19 vaccine demonstrates the power of medical research when backed by a global movement and large-scale funding. Unless we act now, we are at risk of losing the next generation of dementia researchers, putting critical progress at risk, and delaying possible future treatments.”

Dr Laura Winchester, an early career researcher from the University of Oxford, who benefits from this funding said:

“Having the backing of funders like Alzheimer’s Research UK is a huge boost to early career researchers like me. COVID-19 has had a devastating impact on people with dementia, but it is also making it difficult for early-career researchers who want to change the narrative when it comes to tackling the condition.

“It’s great that the Weston Catalyst Fund will help make my work possible, providing insights into the role of iron in the development of dementia. My research may also identify new ways to detect diseases and serve as a foundation for future studies to determine if changing iron levels in the brain could prevent or treat the condition.”

Philippa Charles OBE, Director of Garfield Weston Foundation, said: “Our Trustees are delighted to support Alzheimer’s Research UK in its mission to make real breakthroughs possible for those living with dementia.”