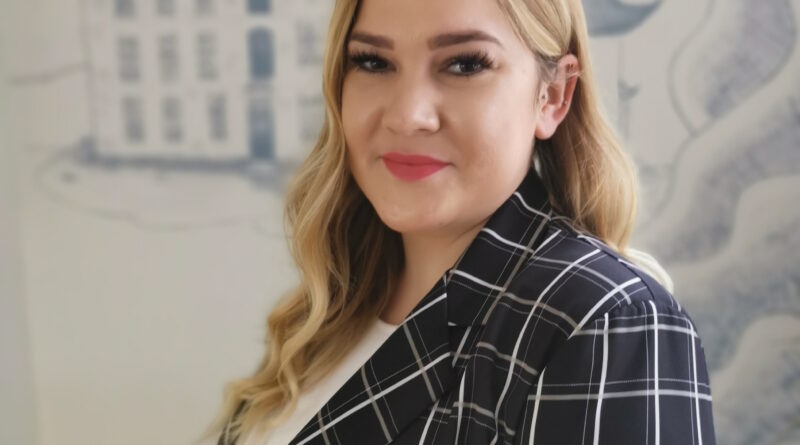 A former coffee shop manager has progressed to one of the top roles at the Belong care village in Newcastle-under-Lyme after leaving her previous job to pursue a career in care.

Josephine Mollison has been appointed Support Manager of Belong Newcastle-under-Lyme, on Lower Street.

As the registered manager with the Care Quality Commission, she is responsible for ensuring the highest standards of nursing and dementia care for residents of each of the village’s households. She also makes sure that Support Workers receive the right training to meet these requirements and are up-to-date with best practice.

Josephine’s journey in care started in 2013 when she became a Support Worker at nearby Belong Crewe. Previously she was the manager of a coffee shop but felt that she hadn’t found real job satisfaction.

A little over a year ago, Josephine took on the temporary role of Assistant Support Manager at Belong Newcastle-under-Lyme, and this year she successfully interviewed for the Support Manager post.

Josephine sees this as being about meeting emotional needs and helping people to lead a fulfilled life as much as it is about clinical support. On what she enjoys most about her role, Josephine says: “It’s achieving the best outcomes for residents and helping them to live in the way that they want to live. What I love most about Belong is that care is about individuals rather than providing a general care environment.”

Over the past eight years, Josephine has developed particular expertise in dementia care, which led to her being named Dementia Champion at the organisation’s annual internal awards, the Belong Champion Awards, last year.

Commenting on Josephine’s contribution to the Belong Newcastle-under-Lyme team, general manager Peter Norman said: “I’ve seen her progress steadily in her career at Belong as a result of her commitment and caring nature. She has come to embody Belong’s values, and this continues to inspire those around her and manifest itself in improved outcomes for customers.”