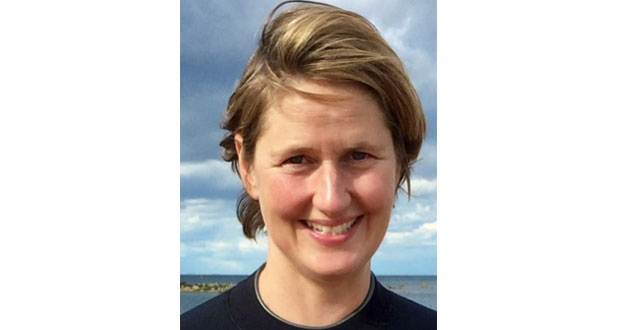 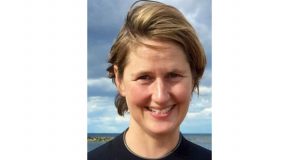 A mother-of-two from Fife has been made a Champion of Alzheimer’s Research UK after raising over £40,000 for the UK’s leading dementia research charity.

Cath Baxter, 45, decided to support the charity after seeing her mum, Liz Brown, diagnosed with frontotemporal dementia (FTD) in 2012. This rare form of dementia can affect a person’s personality and behaviour, as well as their memory.

Every year, a select few supporters of Alzheimer’s Research UK are made Champions in recognition of their outstanding efforts to help beat dementia.

Catherine, who lives near St Andrews, raised over £40,000 for the charity by organising an event in 2015 called ‘Bike for Brains’. Along with a group of friends, Cath cycled the length of the country from Land’s End to John O’Groats in 10 days.

Cath’s mum is the inspiration behind all of her fundraising. Liz, 76, was cared for at home at first, with the help of her husband Ian, Cath and carers. She moved into a care home in 2015 when her behaviour started to become aggressive, and died in early January 2017 from complications arising from her FTD.

Liz’s first symptoms included confusion and forgetfulness. Soon her behaviour began to change, and she became angry and frustrated. She forgot how to wash, dress or cook, but denied that anything was wrong. She was very resistant to any help from carers until she started living in the care home, where Cath believes the surroundings reminded her of her time working in a hospital as an orthoptist. She felt secure and comfortable and she remained there cheerfully until her last day.

“When I confronted my mum about her memory, she was most affronted. We finally persuaded her to have tests and her condition was confirmed, but she totally denied her dementia. She never admitted that she had it. Her constant denial made it near-impossible for anyone to help her or look after her. She hated people doing anything for her, although she had forgotten how to do simple, everyday things.

Cath’s next fundraising endeavour is ‘Sing for Brains’, a come-and-sing performance of Handel’s Messiah in Edinburgh set for April 2017. Tickets and more information can be found at www.eventbrite.co.uk by searching ‘Sing for Brains’.

“We’re so pleased to be naming Cath an Alzheimer’s Research UK Champion. She has worked really hard to raise funds for dementia research and increase much-needed awareness of the condition. 225,000 people in the UK will develop dementia this year – that’s one every three minutes. It’s more important now than ever that we find a way to beat dementia.”

For further information about the charity, call 0300 111 5555 or go to www.alzheimersresearchuk.org