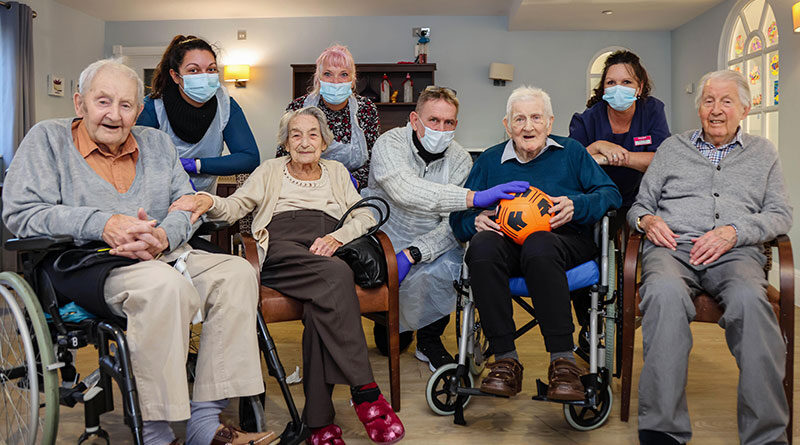 A Pompey legend played football with care home residents in Fareham as part of an initiative to grant residents’ bucket list wishes.

Bert Gee, who lives at Hamble Heights, off Botley Road, asked to meet a Portsmouth footballer as part of the care home’s plan to grant wishes for each of the residents. Vanessa Duggan, Wellbeing Manager, got in contact with Alan Knight MBE, a former goalkeeper for Portsmouth FC, to invite him to meet the 88-year-old, and his friends in the care home, who was only too pleased to help. 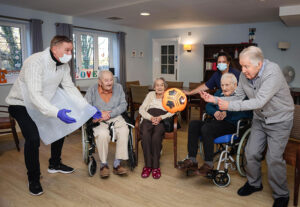 Alan came in to chat to the residents about his record for the most appearances for a single club by a goalkeeper, having played 683 league games for Pompey between 1978 and 2000, and had a light kick about with some of the residents. He also signed a football for the residents to keep as a memento of the special day.

Vanessa: “It was amazing. Alan is the most amazing person, and our resident, Bert, who made the wish to meet Alan was absolutely beaming and smiled the whole time. The residents asked Alan lots of questions, as we have a few Pompey fans here, and he was happy to answer every question. He also said when it’s a bit warmer next year, we can take some of the residents to have a look around the grounds of Portsmouth Football Club.”

Talking about the wish initiative, Vanessa said: “We have a wish of the day at Hamble Heights and Bert said that he wanted to meet someone from Portsmouth Football Club, so I contacted Alan and asked if we could make Bert’s wish come true for Christmas, which he was pleased to help with.

“Other wishes that we have had recently include one resident wanting to go on a boat trip, so a few of our residents went out on the River Hamble, and another resident simply wanted to have some flowers in her room. It’s lovely to be able to brighten our residents’ lives and enable them to do the things that they enjoy.”