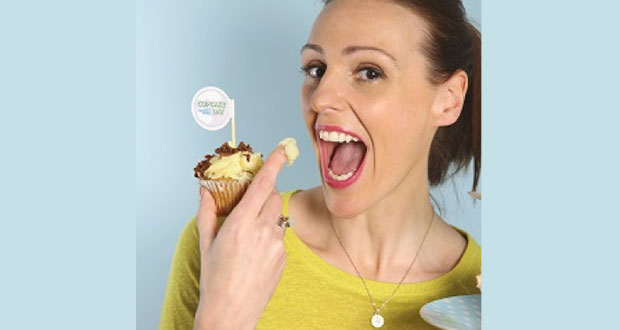 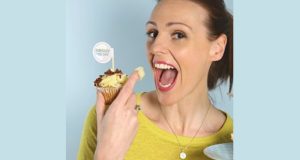 BAFTA award-winning actor, Suranne Jones, is urging everyone to don their aprons and get baking for Alzheimer’s Society’s first ever Cupcake Day on Thursday 16 June, in association with woman&home.

The Oldham born actor, who is best known for her starring roles in critically acclaimed BBC One drama Dr Foster and as Karen McDonald in Coronation Street, says that she is delighted to support Cupcake Day, a day dedicated to raising funds to defeat dementia with the small but mighty cupcake.

Suranne, who is a long-standing Alzheimer’s Society supporter, said:

‘Baking cupcakes for Cupcake Day is a great way to join people together, get messy in the kitchen with your nearest and dearest and hold a cupcake sale with people at work or in your street – all while raising money for dementia. Every cupcake counts!

‘I have a special connection to Alzheimer’s Society and try and support them in some way every year. So far I’ve climbed a mountain, walked round a castle and this year I’m baking cakes for them, which has got to be my best challenge yet!

This Cupcake Day, everyone is encouraged to bake, sell or buy cupcakes at events up and down the country. From organising a sale at a school to hosting a get-together at the weekend, it’s easy to get involved. Every cupcake sold will help Alzheimer’s Society find a cure for dementia, fund vital services and campaign for the rights of people with dementia.

The actress, 37, gave birth to her first child earlier this year. She explained:

‘I plan to hold a Cupcake Day party with my antenatal group. As long as there’s chocolate somewhere I’m happy! There will be something for everyone too as I’ve found sugar-free and gluten-free cupcake recipes. I’ve been sent some lovely vegan cupcakes by Lola’s Cupcakes, who are also supporting the campaign. So there really are no excuses not to get baking!’

She was awarded the BAFTA award for Best Actress last month for her starring role in Dr Foster and is due to start filming Dr Foster series two which is out in early 2017. Speaking about the win Suranne said:

‘The night of the BAFTAs was the ‘first date’ night my husband and I have had since the birth of our son. It was just amazing winning it. I keep the award on my mantelpiece. I’m not one of those people who hides it away – I’m like, ‘I’ve won a BAFTA and I want everyone to see it!’’

‘850,000 people in the UK have dementia and this is set to rise to over 1 million by 2021. Whether you bake, sell or simply buy as many cupcakes as you can, join the cupcake crusade to raise money and help us defeat dementia.’

You can sign up at cupcakeday.org.uk for a free Cupcake Kit and discover how to bring your own unique style to the table. Alzheimer’s Society is encouraging all bakers to share pictures of creations using #CupcakeDay on Twitter and Instagram.