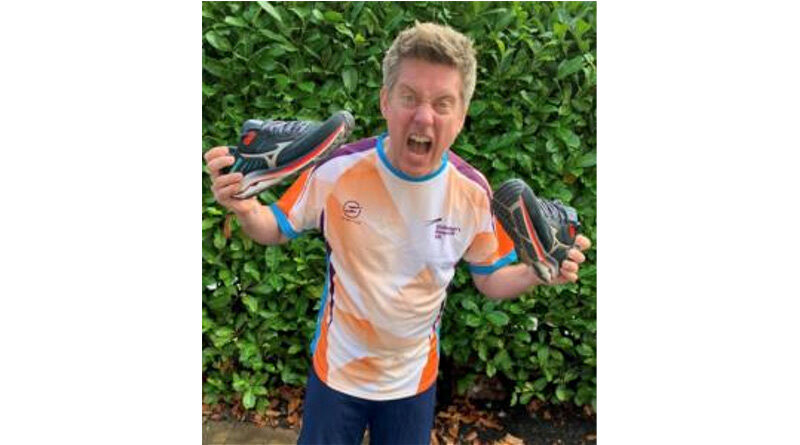 Richard, best known as one half of the comedy duo Dick and Dom, will be running in memory of his mum, Helen, who died with frontotemporal dementia (FTD), also known as Pick’s disease, in 2010, aged just 64.

Richard is hoping to raise £2,500 for dementia research and has already raised £1,200 towards his target.

FTD is a rarer form of dementia and is thought to account for fewer than one in 20 of all dementia cases. It commonly affects people between the ages of 45 and 64. However, FTD can affect people younger and older than this. Currently, there are almost a million people living with a form of dementia in the UK, most commonly Alzheimer’s disease.

“It’s been 10 years since I last ran the London Marathon and I’m doing it again! As you can imagine, it’s no easy feat and it was one of the toughest challenges I’ve ever done. I remember hobbling over the finish line.

“Over the past 10 years, we have also lost her sister, Jean, and her brother, Peter, at a similar age to this terrible disease. My grandad, Ronald, also passed away with a form of early-onset dementia, which we suspected was also FTD.

“Dementia has had a devastating impact on our family, and that’s why I’m running to support the vital work of Alzheimer’s Research UK. It’s going to be tough, but thinking of Mum and those we’ve lost will be all the motivation I need to hobble over that finish line again.”

Richard will join hundreds of other runners supporting Alzheimer’s Research UK at the start-line in Greenwich. These include Scott Mitchell, husband of the late Dame Barbara Windsor who died with dementia last year, EastEnders star Tanya Franks, whose stepfather Derek is living with Alzheimer’s disease, West End actress Carrie Hope Fletcher, who is running for the charity and Papyrus UK, and health and fitness advocate Steph Elswood, who lost her grandfather Roy to dementia.

“It is so wonderful that Richard has joined our team of runners and is taking on the 26.2-mile Virgin Money London Marathon for Alzheimer’s Research UK. By taking part in this iconic event, he’s not only raising vital funds for research, but also helping to shine a much-needed spotlight on dementia and the importance of research to tackle it.

“We wish Richard and all our runners the very best of luck on race-day. The charity and our fantastic volunteers will be out in force to cheer everyone on and ensure it’s a day to remember.”