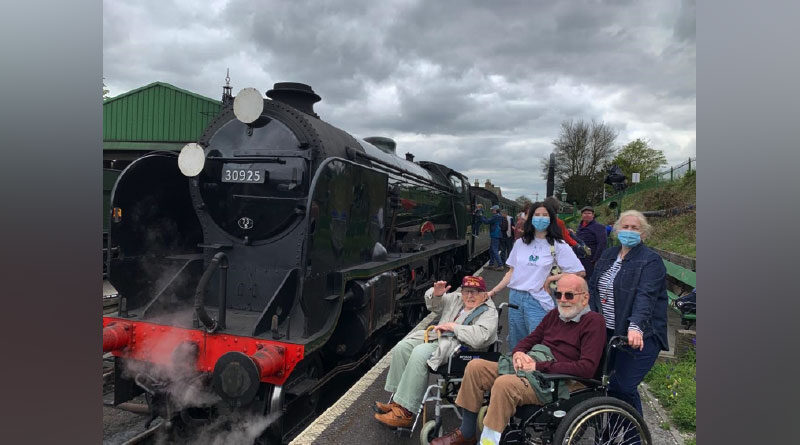 Residents from Brendoncare Park Road have enjoyed a day out to the Watercress Line.

The day started the day at Alresford Station and ended their journey on the Watercress Line at Alton. They enjoyed a picnic on the train and had a tour around various stations, speaking to staff members on board and learning interesting facts from volunteers.

He said: “I’ve known of the Watercress Line because I used to go past in my caravan, to see this train chuffing above our heads as we went through. We found out later that there was a railway track there, so we often stopped at the convenient toilet near Alton and spent a long time watching the engines going by.

Lois Matthews, care assistant at Brendoncare Park Road, attended the outing with the residents on her day off. She said: “I thought it went really well. It was really nice to get the residents out, especially since they really liked the trains.

“I thought it would be really nice to come even on my day off, because I know that they love it so much and I know that the people that went really wanted to visit. It wasn’t a problem for me to come and it was nice to be able to do something that the residents really liked.”

“I enjoy working at Park Road. A memorable moment was when I was with a resident and they told me that I was like a daughter to them. It was really nice and it really sticks with me – it’s nice to know that you have that kind of effect on someone.”