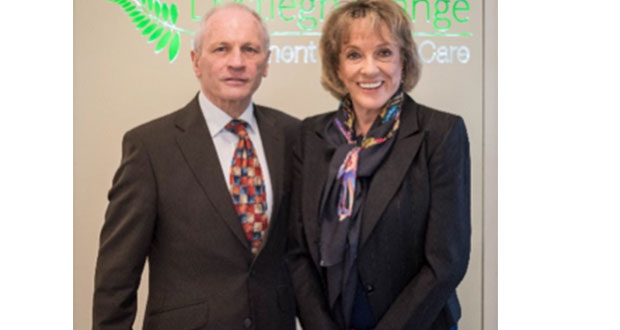 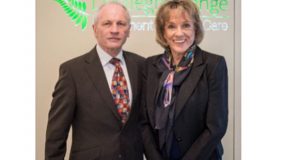 Campaigner and TV presenter Dame Esther Rantzen, visited a Greater Manchester care home this week to congratulate them on being recognised as one of the very best in the country.

Dystlegh Grange, in Disley, Cheshire, recently received the highest possible rating of “Outstanding” from the Care Quality Commission (CQC), putting it in the top 0.5% nationally.

She said: “This is a unique and wonderful example of a caring home where everyone has choices and are treated as valuable human beings.”

Dame Esther, who in 2013 founded The Silver Line, to support older people, was intrigued to find out what made Dystlegh so special.

She was invited along by her long-time friend and producer Patsy Newey, whose mother Etta, had been a resident at Dystlegh Grange until she died last December.

Dame Esther added: “Patsy introduced me to this place as an outstanding example.

“When it’s as beautifully run as this is, people have a life, with company, choices, activities and a feeling of being valued. The CQC must have thought they had died and gone to heaven when they came here.

“Lots of things make Dystlegh Grange special, like people regarding their suites as their home, and the way people have choices and a sense of value. They can enjoy life and enjoy friendships and have fun. Everyone should have fun.”

Care Quality Commission figures show 27,106 residential homes in England, of which only 120 have an “Outstanding” rating.

Dame Esther was welcomed to the buffet with a humorous speech from resident and former D-day meteorologist Harold Checketts, 97.

She also spent time talking to residents after touring the grounds of the Grange – which was once the 19th hole for Disley Golf Club, before being purchased by Registered Manager and co-owner Brian Robinson in 1980.

Brian said: “We were very proud and honoured Dame Esther took the time to travel up from London to see Dystlegh Grange for herself.”

Situated in Disley, Cheshire, near Stockport, the CQC lists Dystlegh Grange as being in the ‘Greater Manchester’ area – where only one other residential home out of 962 has the same accolade.

Thoughtfully designed, the 37-individual apartment or open plan studio suites are surrounded by an informal neighbourhood of beautiful spaces for socialising with family and friends. Most suites enjoy either a private outdoor space or balcony, in addition to the lovely communal gardens.

The CQC awarded the “Outstanding” rating after carrying out an un-announced inspection, when they looked at several important factors including how safe, caring and effective the service provided is.