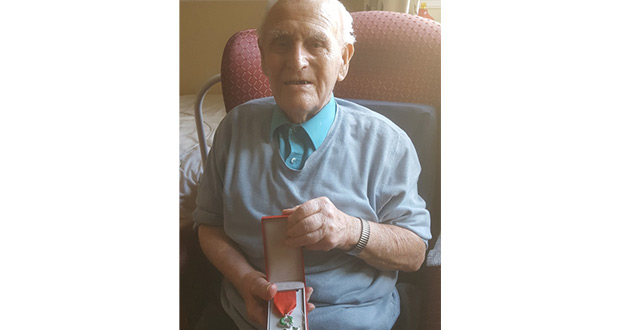 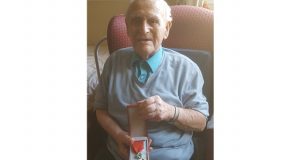 91-year-old Lesley Walton will be remembering the D-Day landings with friends and family at The Beeches Care Home, in Stockton-on-Tees, on 6 June.

The former member of the Navy was on a motor gun boat during the landings, which marked the start of the Allied invasion of Normandy during World War 2.

The operation is the largest seaborne invasion in history, with tens of thousands of troops landing along a 50-mile stretch of the Normandy coast.

Over 4,400 Allied soldiers died during the invasion, with at least 10,000 casualties.

Lesley was just 17 when he signed up in Middlesbrough in 1942. Told he was too young to serve six months earlier, he later joined HMS Collingwood for 3 months’ training.

After the landings on 6 June 1944, he was posted to Scotland, where he was to board a submarine but an ear condition prevented him from doing so.

When the war ended in 1946, Lesley was charged with finding Japanese prisoners of war on the islands around Hong Kong.

Following the 70th anniversary of D Day, in June 2014, he was awarded the Légion d’Honneur, the highest French order of merit for military personnel.

Born in Stockton-on-Tees, Lesley was one of eight children in his family – seven boys and one girl. His father and elder brothers all served in the military during the war.

Lesley was later married and has three children with wife Hilda Walton, who passed away eight years ago.

After leaving the Navy, he worked in the energy industry, in a gas power plant, before moving to work for Teesside chemical company ICI.

Lesley was admitted to The Beeches Care Home, on Green Lane, Newtown, in April 2016.

The home will run remembrance activities with residents on 6 June, along with all Hill Care Group homes across the North East.

Helen Wood, home manager at The Beeches, on Green Lane, Newtown, said: “Many of our residents remember the war from their childhood, or growing up in the aftermath.

“Like Lesley, some of our older residents even served. So it’s important for us to help them commemorate the day, and remember the sacrifices so many made during that time.”