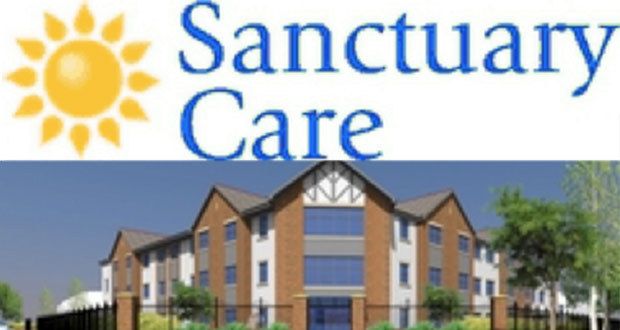 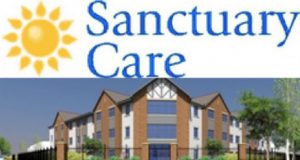 Support for Alzheimer’s Society was announced in May 2015 and the team has since reached the £151,000 target required to fund essential research into ‘dysphagia’ (difficulties in eating, drinking, and swallowing) in people with dementia in a residential care setting.

Lindsay Collins, an Alzheimer’s Society Clinical Fellow at the University of Bradford, is leading the research to better understand how and why eating and drinking can be disrupted in people with dementia. Her findings will help healthcare professionals to provide better care for people with dysphagia and dementia, helping to improve their quality of life.

Successful fundraising activities have included ‘Elf Week’ which saw colleagues across Compass’ Healthcare Retail business dress up as elves during the Christmas period. The initiative raised an impressive £71,000. The team also raised £26,000 in support of Simon Brown, regional manager in Compass’ Healthcare Retail business, for taking part in the London Marathon in April.

A cheque was presented to Michael Dent, Director of Fundraising at Alzheimer’s Society, during Compass Group UK & Ireland’s Healthcare Conference on May 18.

Steven Cenci, Managing Director of Healthcare at Compass Group UK & Ireland, said: “We are thrilled to have raised the full £151,000 needed to fund such a fundamental piece of research into dysphagia. We are extremely proud of our partnership with Alzheimer’s Society and are pleased to be supporting the charity in the work they do around dementia. The study will help enable care professionals and families to ensure people living with dementia and dysphagia can receive better care.”

Michael Dent, Director of Fundraising, at Alzheimer’s Society, added: “Eating, drinking and swallowing can become very difficult for people living with dementia as it can lead to many issues like poor nutrition, dehydration and weight loss. So we are extremely grateful and delighted by the hard work Compass Group UK & Ireland’s Healthcare team have done to raise the £151,000 for research into the effects of dysphagia. The funding will help many affected by dementia to live better in the future.”

As well as fundraising for Alzheimer’s Society, the Healthcare division at Compass Group UK & Ireland launched its “Dignified Dining” toolkit, in over 60 hospitals and care homes last year. The toolkit outlines our ten key nutritional related guidelines, enabling residents and patients living with dementia to be given more personalised and specialist support in relation to their food provision.

In March, the team also launched the use of blue plates trusts alongside providing specialized finger-food options across 30 hospital trusts. Both have been specifically designed to support people living with dementia.

This month, Compass Group UK & Ireland is also celebrating Magical May, a business-wide initiative, where each of its 15,000 units are challenged to raise money for charity.