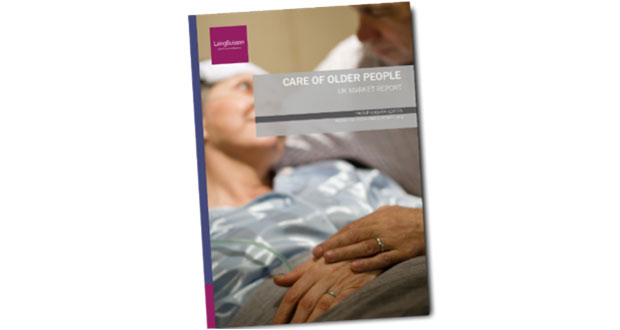 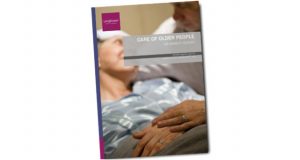 The value of UK care home market for older people reached £15.7 billion in 2016 (about 1% of GDP). The market continues to grow, at a CAGR (compound annual growth rate) of 3% over the last five years, mainly driven by growth of privately paid services at a CAGR of 6%.

According to research from LaingBuisson, published today in Care of Older People Market Report, the private-paid side of this market (177,000 residents in independent sector homes) is robust and profitable, particularly in the affluent south. One of the few clouds on the horizon for operators is the Competition and Markets Authority (CMA) enquiry into the care home market during 2017.

In contrast, the state-paid side (220,000 residents in independent sector homes) continues to struggle under a cloud of uncertainty and risk, as cash-strapped councils and the NHS continue to put pressure on providers’ prices and margins and capacity slowly drops out of the market, at a current rate of loss of about 2,000 beds a year, concentrated in non-affluent areas of the country.

The story is not one of unremitting gloom for state-paid care homes, however. Nursing homes benefited in 2016/17 from a 40% increase in the NHS Funded Nursing Care contribution (NHS FNC) in England from £112 per week to £156.25. In addition, occupancy rates have strengthened as capacity has dropped out, resulting in a material improvement from 2016 in what had been dangerously low profitability for some of the largest care home operators with high exposure to public pay, whose EBITDAR* margins had fallen below 15% of revenue.

‘The NHS FNC hike, which continues into 2017/18, will be much more important in sustaining the state-paid market than the uplift in funding for social care announced in the March 2017 Budget’

But he went on to warn:

‘There is a danger that Treasury officials may conclude ‘job done – profitability restored’. Such a conclusion would be mistaken, however, because financially stretched local authorities are likely to continue to offer only sub-inflation fee uplifts to care homes. If so, National Living Wage inflation will mean the recent margin improvement for state-paid clientele is likely to be fully eroded again within two to three years.

“A generalised bed shortage has been averted in the state-pay side of the market to date because local authorities have succeeded in containing placement numbers. If they cannot continue to do this in the future, the natural conclusion is a capacity crisis driven by inadequate investment incentives at a time when underlying demographic demand is rising.

“A severe and widespread capacity crisis would be painful, not least people seeking care, but it could be the only way of re-establishing investment incentives, by driving state-paid prices up to sustainable levels.”

*EBITDAR (Earnings Before Interest, Tax, Depreciation, Amortisation of goodwill and Rent on leased premises) is a standard measure of underlying profitability for asset heavy businesses like care homes and hotels.