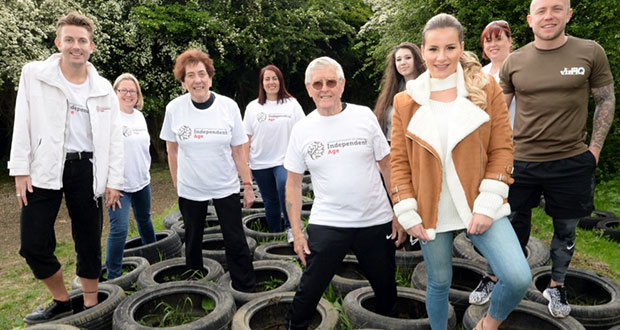 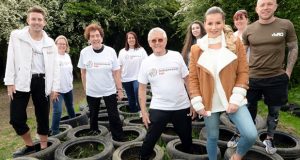 Georgia Kousoulou from The Only Way Is Essex helped launch the brand new charity fundraising challenge for Independent Age, the older people’s charity, on Saturday 13th May. The 100in10 challenge was officially launched by the star at an event at VIP HQ’s new assault course in Havering, Essex.

Ms Kousoulou attended the event and met with those taking part. She says, “The launch event for Independent Age’s 100in10 challenge was so much fun and it seemed like everyone was keen to get stuck in and try out the assault course. It would be great if lots of people sign up for the 100in10 challenge and try to cover 100km in 10 weeks to raise money for Independent Age. There are so many older people who benefit from the charity’s work and we all need to do what we can to help them.”

Participants had the chance to try out the assault course, which was recently featured on The Only Way is Essex and has been visited by Olly Murs, and helped raise money for charity in the first ever public event to take place at the venue. Those taking part tried their hand at Tarzan swings, monkey bars, climbing walls, see-saws and much more. There was also live music from D’Ukes and stalls to keep the whole family entertained.

The 100in10 challenge is a new nationwide fundraising campaign, which invites people to cover a total of 100km in 10 weeks, either as an individual or a team, and will help raise funds to support older people to live more independently. Those who take part can walk, run, swim, cycle or be as creative as they like to reach the ‘100’ target in 10 weeks. For those who are less athletically inclined, they could even try baking 100 cookies in 10 weeks instead!

Daniel Magson, Community and Events Manager at Independent Age, says, “We’d like to extend a huge thank you to everyone who took part on Saturday. Thanks especially to Georgia and Johnny for making a special effort on the day. It was great to see so many Essex residents coming out and supporting the 100in10 launch event. Everyone had a brilliant day and had great fun trying out the assault course.

“I hope that lots of people will get behind the 100in10 challenge to support Independent Age. Money raised from this campaign will go towards our advice and friendship services and will help us speak up for those who are lonely, vulnerable or in need of help, so participants really will be making a big difference to the lives of older people.”