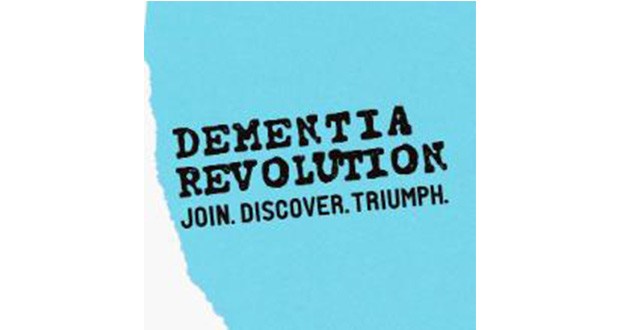 Following the recent announcement that Dementia Revolution raised a record-breaking £4 million, Virgin Radio DJ Chris Evans will be running the TCS Amsterdam Marathon on Sunday 20 October for the campaign.

Chris will be joined by Vassos Alexander, Tequila Tash, The Frothy Coffee Man, and various members of The Virgin Radio Breakfast Show Team, plus Scott Mitchell and Tanya Franks who will both be running the Mizuno Half Marathon. Scott and Tanya ran their first ever marathon at the Virgin Money London Marathon earlier this year as part of ‘Barbara’s Revolutionaries’ team for Dementia Revolution, dedicating their run to Scott’s wife Dame Barbara Windsor who is currently living with dementia. She was diagnosed with Alzheimer’s disease in 2014.

Chris Evans, who also ran the Virgin Money London Marathon for Dementia Revolution in April, held a live auction on his Virgin Radio breakfast show, auctioning off 50 VIP race packages to the TCS Amsterdam Marathon. Each VIP package includes a seat on the jet Chris & The Frothy Coffee Man have chartered from London to Amsterdam, raising over £400,000 for Dementia Revolution.

Dementia Revolution was the official Charity of the Year for the 2019 Virgin Money London Marathon as Alzheimer’s Society and Alzheimer’s Research UK joined forces to make a stand against dementia and lead the charge towards a dementia cure. With almost a million people living with dementia in the UK, but still no effective treatments to stop, slow down or prevent the diseases that cause dementia, Dementia Revolution has raised vital funds at a crucial time to support much-needed research into the condition.

Income from the campaign is helping to fund ground-breaking research at the UK Dementia Research Institute – the most ambitious dementia research endeavour to date, uniquely bringing together the brains of 700 scientists in seven cutting-edge research centres across the UK, to carry out world-leading research into dementia. These centres include the new Care Research & Technology Centre which opened at Imperial College London earlier this year, and will use artificial intelligence and robotics to help people with dementia live longer in their own homes.

The award-winning year-long campaign surpassed its own ambitious fundraising target to raise £4 million, making it the most successful Charity of the Year partnership in the 39-year history of the Virgin Money London Marathon.

The team raised over £550,000 between them for the Dementia Revolution campaign.

As well as raising vital funds for research, the Dementia Revolution has also helped to overthrow old, stigmatised attitudes about dementia and show that a dementia diagnosis not a lost cause. Many people shared their own personal experiences of dementia to raise awareness of the condition, while celebrities including Ray Winstone came together for a myth-busting film.

‘I want to say a massive thank you to Chris Evans and all the victorious bidders for standing with Dementia Revolution. What an incredible amount they have raised to help fund life-changing research and help people like Barbara.

‘Without Chris and each of the 50 bidders we would not have reached the milestone £4 million to make the Dementia Revolution the most successful Charity of the Year ever for Virgin Money London Marathon.

Running the marathon this year was no easy feat but seeing the difference our money makes made every mile I ran worth it.

‘I’m sure that everyone who takes part in Amsterdam Marathon for the Dementia Revolution will walk away with the same sense of pride, knowing that their efforts have helped to shine a light on dementia and will truly make a difference.”

‘We booked the plane, waited for the bids and the big-hearted listeners stepped up to the plate.

It seemed, in no more than an instance, they pledged over £400k by which we were totally gobsmacked.

‘We couldn’t be more grateful. We cannot wait to meet them. Bring on the Amsterdam-busters!’

‘It is absolutely fantastic that fundraising efforts for our ground-breaking Dementia Revolution campaign have continued, spearheaded by Chris Evans and his team.

‘Research will beat dementia, but we need more funding to find a cure. The £4 million raised for Dementia Revolution so far will fund vital research at the UK DRI, where scientists are working tirelessly to improve dementia care and ultimately find a cure. Thank you to everyone who has supported this campaign and continues to do so. Your marathon efforts are hugely important in helping everyone affected by dementia.’

‘Dementia research has been underfunded for many years, but the Dementia Revolution campaign has really galvanised the UK public, raising the profile of the condition and vital funds for our scientists. It’s fantastic to have Chris Evans and his team get behind this important cause and put on such a brilliant challenge to raise even more for research. We wish the team the very best of luck this Sunday!’

Anyone who would like to help support the Amsterdam marathon effort can donate here.