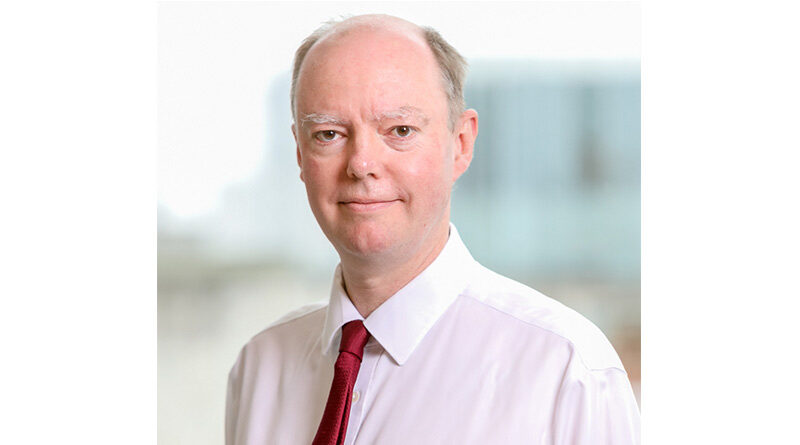 England’s Chief Medical Officer (CMO), Professor Chris Whitty has recommended a cross-government national strategy to improve the health and wellbeing of coastal communities, as part of his 2021 Annual Report.

The report highlights that, despite the significant efforts of local leaders, coastal communities continue to have a high burden of health challenges across a range of physical and mental health conditions, often with lower life expectancy and higher rates of many major diseases.

The CMO developed the report, Health in Coastal Communities, over the last year and is recommending a cross-government national strategy be developed to improve the health of coastal communities.

He worked alongside Directors of Public Health in coastal regions who looked at case studies within large port cities and local authorities covering smaller seaside towns. The case studies provide an overview of the demographic structure of the population and their health and wellbeing outcomes, along with both the strengths and challenges facing their communities.

Major points from the report include:

Another important theme was that the underlying factors in coastal communities with poor health outcomes share more similarities with other coastal areas than their nearest inland neighbours. For example, in terms of health characteristics, a resort town like Blackpool has more in common with Hastings, Skegness or Torbay than with Preston, just 18 miles inland.

The report highlights the paradox that coastal areas are generally intrinsically healthier than their inland counterparts due to the physical and mental health benefits to living near the coast, including better access to outdoor spaces for exercise, social contact and lower air pollution.

“Coastal areas are some the most beautiful, vibrant and historic places in the country. They also have some of the worst health outcomes with low life expectancy and high rates of many major diseases.

“These communities have often been overlooked by governments and the ill-health hidden because their outcomes are merged with wealthier inland areas. A national strategy informed by local leaders and experts will help reduce inequalities and preventable ill health.

“If we do not tackle the health problems of coastal communities vigorously and systematically there will be a long tail of preventable ill health which will get worse as current populations age.”

“I welcome this report from Professor Chris Whitty, which raises important points on inequalities that we must tackle to improve the health of coastal communities – and I will carefully consider these recommendations.

“Those living in coastal areas clearly face different sets of challenges to those inland but everybody, no matter where they live, should have similar opportunities in education, housing, employment and health.

“We are committed to levelling up across the nation and the new Office for Health Promotion – launching in the Autumn – will drive and support the whole of government to go further in improving people’s health.”

“Our coastal communities and Port Cities are amazing, have a huge part to play in terms of the health and wealth of our nation and yet have some of the worst health and wellbeing outcomes in England.

“It is time to recognise and address the unjust and unnecessary burden of multiple health inequalities that means far too many people living in these communities have far shorter lives spent in far poorer health. We will only achieve this through targeted and sustained focus on Building Back Fairer.”

“Blackpool, like many other seaside towns has its strengths as well as it’s challenges. The town is a major centre for tourism in England with 18 million visitors annually. Housing, especially poor quality private rented, is a significant contributor to poor health in the town. Tackling the failed private sector housing, especially the large number of houses of multiple occupation (HMOs) will be key to tackling health inequalities in coastal towns.”

“This report highlights the challenges facing our coastal communities, and we welcome the recommendations made by the Chief Medical Officer.

“We want people in Lincolnshire to be able to live healthier lives and have access to the health and care services they need. To achieve that, it’s also important that we support businesses to provide high-quality jobs and development opportunities, helping people to fulfil their potential.

“Lincolnshire has a strong record of partnership working and local organisations continue to work together closely to tackle the issues we face. However, if we are to achieve the kind of transformation that we want to see, it’s vital we get the support we need from government, and a key part of that is receiving a fairer share of the national funding.”

“I am delighted that the CMO report recognises the long-standing challenges and health inequalities faced by Hastings (and other coastal towns), resulting in poorer health and greater impact of COVID-19 in comparison to the rest of the county.

“At the beginning of July Hastings Town Deal plan, developed by the Town Deal board, received £24.3 million Government funding which will help to deliver jobs, homes, skills, regeneration, and action to reduce carbon emissions – it offers a restart, building on the town’s strengths.

“We will continue with our work with Hastings Borough Council and our wider partners including the VSCE and the public to improve the health and well-being of residents in the town.”