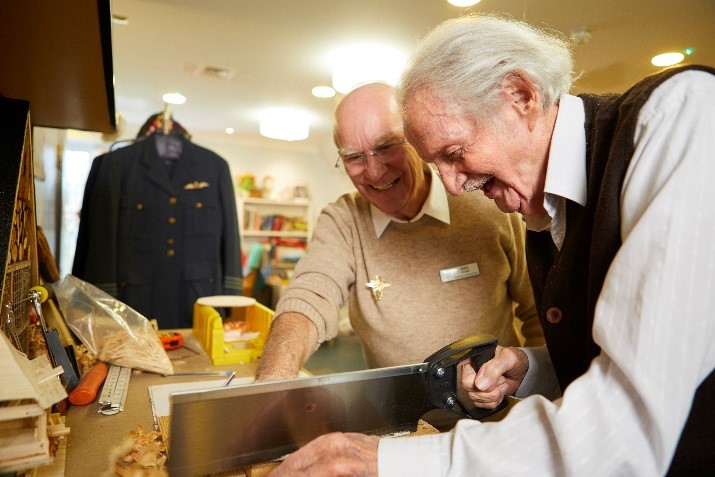 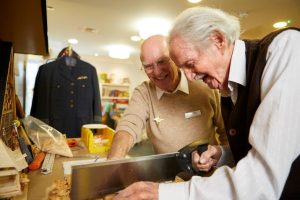 A great-grandfather who began volunteering at The Royal Star & Garter Homes 25 years ago has received the British Empire Medal (BEM) in the New Year’s Honours List in recognition of voluntary service to Veterans.

John Parvin first started giving up his free time for the Charity in 1993, when his father-in-law moved into the old Richmond Home. The Royal Star & Garter Homes cares for ex-Servicemen and women and their partners living with dementia or disability.

The 82-year-old from Mitcham said: “It was a hell of a surprise when I found out. I thought ‘what have I done to deserve this?’”

John spent 18 months as a volunteer before working for the Charity as a carer. When he retired in 2001, he stayed on to work as a volunteer.

His wife Lesley and sister-in-law Shirley have also volunteered at the Richmond and Surbiton Homes since 1993. His brother-in-law Terry is also a long-time volunteer.

John, who served in the Army between 1957 and 1959, is a retired carpenter and helps residents with woodwork activities. He also assists on outings and helps run the mobile shop, selling treats and toiletries. He enjoys chatting to residents, reading newspapers to them or making them cups of tea.

John said: “It’s just like spending time and talking to a friend or a neighbour. You have a good chat and share jokes and laughs. I get a lot of satisfaction myself when I’m there.

“And I have no plans of stopping either, I enjoy it too much.”

The Royal Star & Garter Homes’ Chief Executive Andy Cole said: “We are delighted that John’s dedication to the Charity and our residents has been recognised in this way. The Royal Star & Garter Homes relies on volunteers such as John, Lesley, Shirley and Terry to help provide our veterans with the best possible care. After many years’ service in our Richmond and Surbiton Homes, the British Empire Medal is a hugely fitting honour for John to receive.”