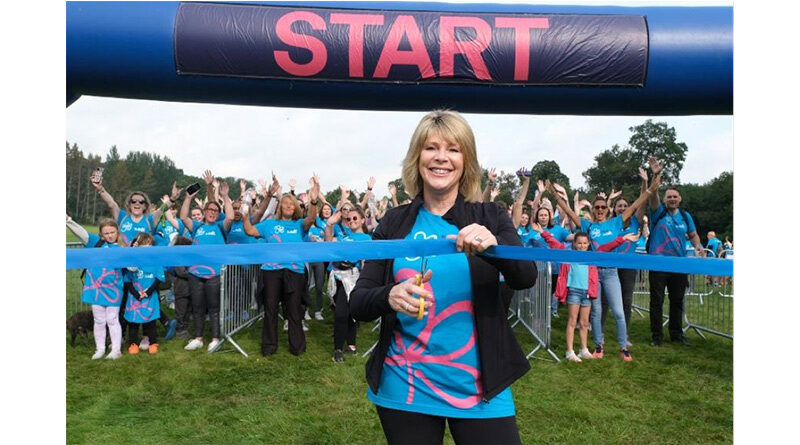 Famous faces from TV joined a sea of fundraisers this weekend at two of Alzheimer’s Society’s landmark Memory Walk events that took place on Sunday 26 September, – raising money for people affected by dementia who have been worst hit by the pandemic.

Ruth, who is also an ambassador for the charity, attended in memory of her late father, Dennis, who was cared for by her mother for 13 years before he sadly died from dementia in 2012.

Ruth Langsford said: “I’m walking in loving memory of my dad, who I miss every day. I am lucky enough to have taken part in several Memory Walks, and they are always a wonderful way to celebrate and remember a loved one who had dementia. 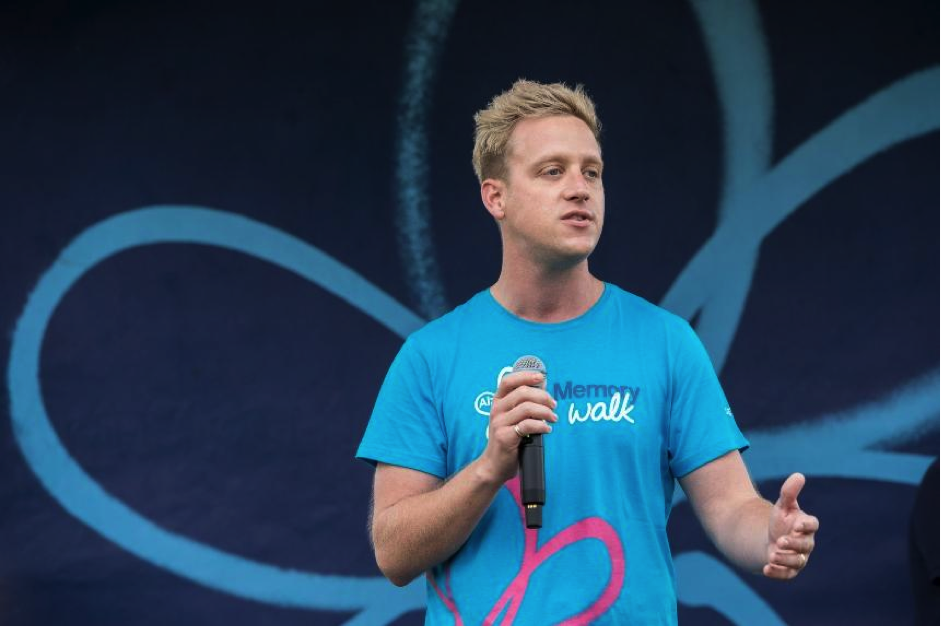 After a difficult year for everyone, but particularly for those living with dementia, there’s never been a better time to lace up your boots, and I’d encourage anyone who can to join in by signing up today.

“Money raised will help Alzheimer’s Society reach and support more people through their vital services, like their support line, which have been a lifeline for thousands of people.”

Gareth Locke-Locke also put his best foot forward, joining hundreds, despite the drizzly weather to unite against dementia, which affects 850,000 people across the UK and so many more partners, families and friends.

Gareth’s beloved mother, Margaret, was diagnosed with Alzheimer’s 11 years ago when she was just 54 years of age. He suffered huge heartache during the pandemic, as he was unable to visit his mother in her care home for months due to the lockdown restrictions.

Gareth Locke-Locke said: “My wonderful mum has been living with early-onset Alzheimer’s for more than a decade and it still breaks my heart every day. The pandemic was tough for me, as it was for many families – not being able to see Mum because of lockdown and not being able to have her at my wedding to watch me walk down the aisle was particularly painful.

It’s incredibly touching to know that everyone here today has a connection to this terrible condition, and we’re doing all we can to raise as much money as possible for a future without dementia.

Lauren McEvoy, Memory Walk Project Manager at Alzheimer’s Society said: “We are in awe of our incredible supporters, Ruth and Gareth who joined hundreds of our dedicated fundraises to support people living with dementia in Surrey and London this weekend. It was extremely moving to see so many people come together to honour or remember their loved ones.

Coronavirus has been catastrophic for people with dementia. Thousands of people have died, but many more have been left isolated, deteriorating rapidly and carers are exhausted.

Every pound raised from the Surrey and London Memory Walk will help Alzheimer’s Society provide information and support, improve care, fund research, and create lasting change for people affected by dementia. It’s not too late to sign up for our October events or to do your own walk, and I’d like to say a huge thank you to everyone who has helped make this year’s Memory Walk such a brilliant success so far.”