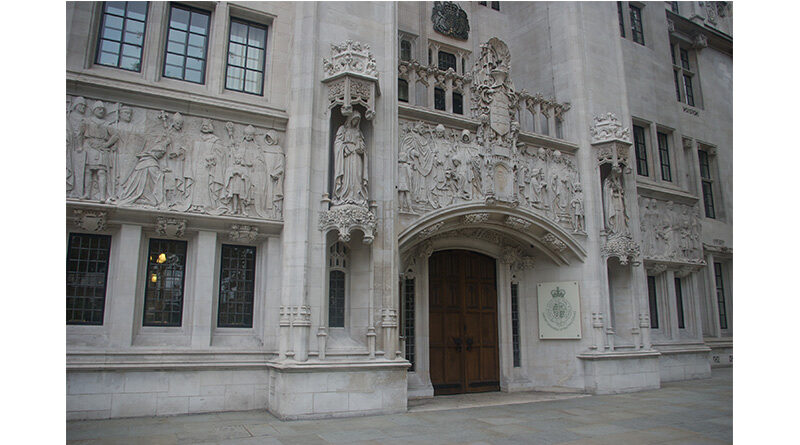 The Supreme Court has this morning (March 19) dismissed appeals to pay hourly renumeration for sleep-in shifts.

The Supreme Court has held in Royal Mencap Society v Tomlinson-Blake that employees are not entitled to the national minimum wage (NMW) for the full duration of their sleep-in shift. It agreed with the Court of Appeal’s previous decision in Mencap that this is because the work they are carrying out is “time work” and they are therefore only entitled to the NMW when they are awake and carrying out duties.

Ms Tomlinson-Blake, who cared for two men with autism and learning difficulties, was paid a flat rate of £22.35 plus one hour’s pay of £6.70 for a sleep-in shift from 10pm to 7am.

However, as part of her duties, she was required to keep a ‘listening ear’ during the night in case her support was needed.

The carer’s claim to an Employment Tribunal found she was entitled to have all hours spent sleeping-in count as working time for minimum wage purposes.

The lower courts had found that Tomlinson-Blake had been working throughout her sleep-in shift and should have been entitled to the NMW for the entire shift. However, the Court of Appeal ruled that she was only entitled to the NMW when she was actually carrying out her duties, such as helping a patient or doing other work – and not when she was sleeping or resting.

Tomlinson-Blake took her appeal against this judgment to the Supreme Court, which heard her case in February 2020, which today was dismissed.

The decision will come as a great relief to care providers and provides welcome clarity in a sector which has been in a state of uncertainty for some years.  The threat of extensive back-pay claims by employees claiming up to 6 years’ pay for sleep-ins has now disappeared. In a 2018 survey undertaken by VODG, Trowers & Hamlins and Agenda Consulting 68% of care providers responding said that paying the back pay due would threaten the viability of their organisations. This threat has now gone.

While the legal certainty surrounding sleep-in payments will be welcomed by those operating in the care sector it still leaves some difficult issues to consider:

“This ruling will be disappointing for any care worker who believes they should be paid minimum wage for the entirety of the time spent on ‘sleep-in’ shifts. The case has been in the pipeline for some time and if the Supreme Court had sided with Mrs Tomlinson-Blake, the shockwaves would have been felt throughout the care sector.

“By contrast, care providers will be mightily relieved that their longstanding approach of paying a fixed rate for ‘sleep-in’ shifts has been confirmed by the Supreme Court as legally sound.

“If the Supreme Court’s decision had gone the other way, the bills facing care providers for historic underpayments would have been substantial and, in some cases, devastating. Many simply couldn’t have afforded to pay and we would therefore seen a large number of providers teetering on the brink of financial ruin, putting further pressure on UK care standards.”

“In a landmark judgment for the care sector, the Supreme Court ruled that workers are not entitled to count each hour of their sleep-in shift when calculating if they have received the National Minimum Wage (NMW), leaving care providers breathing a sigh of relief.

“The Supreme Court has agreed with the Court of Appeal’s 2018 decision that a sleep-in was working time only when the worker is awake to carry out any relevant duties. The reasoning behind this decision is that care workers who are required to sleep at, or near, their workplace and be available to provide assistance were only ‘available for work’, rather than actually working.

“However, while the decision has gone in Mencap’s favour, it is important that all care providers address their approach to payment for sleep-ins, to help ensure they remain competitive in the market while still working within their financial means. From an administrative point of view, employers will need to ensure that systems are accurately recording time spent working during sleep-in shifts, so that workers’ pay does not fall below NMW levels. Failure to accurately record and pay NMW can not only lead to claims for back-pay, but also liability for fines of up to £20,000 per worker.

“The Supreme Court’s decision will certainly be welcomed by employers in the care and social housing sectors as, if it had gone the other way, it may have left many providers in a financially perilous position. The potential cost to the sector could have been in the region of £400million, so this decision will undoubtedly protect jobs and the care industry as a whole –particularly at a time when they have been hard-hit by the Covid pandemic. This ruling is the final word on the question of underpayment of NMW for sleep-in staff; there is no further route of appeal for the claimants, providing much-needed certainty for the affected sectors.”