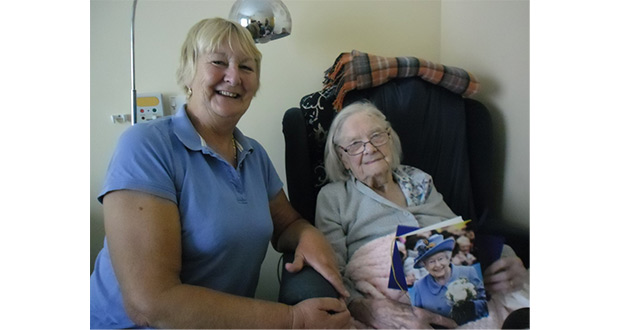 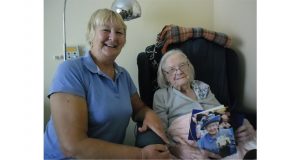 A care home resident in Northamptonshire has celebrated her 107th birthday, surrounded by family and friends.

Centenarian, Daisy Bettles, a resident of Ashfield House in Raunds, enjoyed hosting a stream of visitors and well-wishers throughout the day, culminating in an afternoon tea party where she was joined by her fellow residents at the care home.

Born in Ringstead, Northamptonshire, Daisy was one of four children. After leaving school, she worked at the Ideal clothing factory in Raunds. In 1932, Daisy met George Bettles who was a local butcher and they married seven years later on 26th August 1939, after they had saved enough money. Once married, they moved to Raunds and owned Bettles Butchers in Brook Street. Daisy has two daughters, Janet and June, alongside four grandchildren, nine great grandchildren and one great-great grandchild.

Home manager at the Shaw healthcare-run home, Julie Burn, said: “It’s wonderful to be able to mark such significant milestones and to give Daisy, her family and friends the chance to celebrate such a special occasion together. Daisy moved here in September 2016 and quickly became popular with her peers and staff – we love to listen to her and the stories she has to tell. We all wish her the happiest of birthdays.”

When asked what her secret to such longevity is, Daisy commented: “Being tee-total and not smoking,” – in spite of admitting that she had drunk “the odd sherry” in the past. Daisy is an avid reader of her daily newspaper, The Northamptonshire Evening Telegraph, and enjoys her weekly edition of People’s Friend magazine. She has also traditionally enjoyed an egg and bacon for breakfast every day.