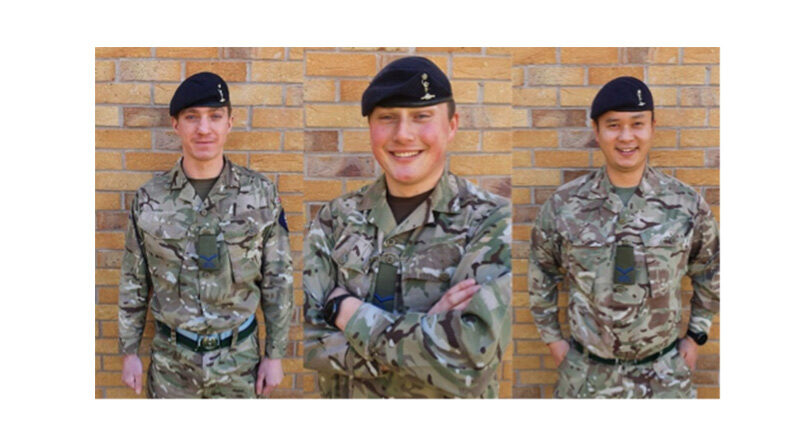 Lance Corporals Declan Gaffney, Niten Gurung and Duncan Smith, serving in the Royal Corps of Signals, are each running a hundred miles over three days as part of the national Captain Tom 100 campaign.

Royal Star & Garter provides loving, compassionate care to veterans and their partners living with disability or dementia, from Homes in Solihull, Surbiton and High Wycombe.

The Captain Tom 100 campaign seeks to build on the legacy of Captain Tom, who raised millions for the NHS in 2020 by walking in his garden, and died earlier this year, aged 100. Organisers are encouraging fundraisers to take part in their own challenges around the number 100, between 30 April and 3 May – the weekend on which Captain Tom would have celebrated his 101st birthday.

The soldiers, aged between 26 and 31, will each run 100 miles in Staffordshire, where their barracks are based. Challenge leader LCpl Gaffney, who has been serving for nearly six years, is looking forward to the challenge. He said: “It’s great to be able to do this for Captain Tom 100 – if he could do it at his age then there’s no reason we can’t complete ours.”

He said Royal Star & Garter’s service to the nation’s military family was a key reason for raising money for the charity: “I have always wanted to fundraise for charity. I did my research and Royal Star & Garter appealed because of the support they give veterans living with disability and dementia. It’s a great charity for us to fundraise for, as one day they might support us.”

Lauren Baker, Senior Community Fundraiser, said: “As a charity which has cared for veterans such as Captain Sir Tom Moore, we are proud that Declan, Niten and Duncan are supporting his legacy by raising money for Royal Star & Garter. It will help us continue providing exceptional care to veterans.”

The team are aiming to raise £500. To sponsor the soldiers, click on: https://uk.virginmoneygiving.com/DeclanGaffney