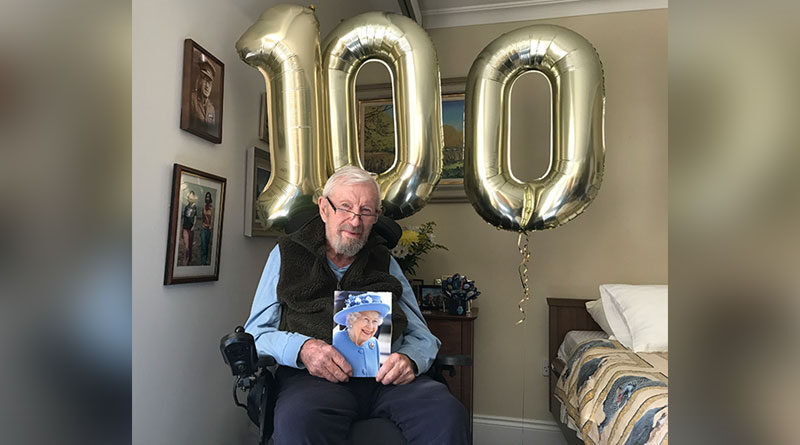 A soldier who narrowly survived enemy attacks while serving in Burma (now Myanmar) during WWII has celebrated his 100th birthday. 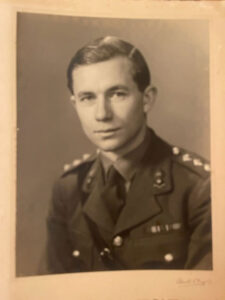 Peter Whiteley was born in Burma on 14 June 1922, and celebrated his birthday at Royal Star & Garter in Surbiton.

The Home provides loving, compassionate care to veterans and their partners living with disability or dementia.

The great-grandad enjoyed an outdoor party with family in the Home’s garden on Sunday 12 May, before celebrating with other residents two days later.

As well as his birthday card from Her Majesty The Queen, Peter also received a letter from the Burma Star Memorial Fund, on behalf of its Patron Prince Charles. 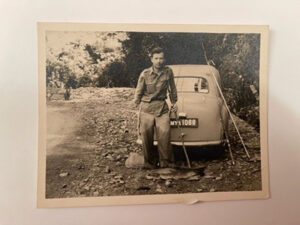 Peter joined the Army straight from school in 1940, at the age of 18, and was commissioned into the Royal Engineers. His love of adventure and new challenges led him to training in India, where he built bridges and helped set and clear mines. During this time, he fell in love with India and would later live in the country.

He then returned to Burma, helping build a mule track during the monsoon and an arched bridge. Peter was part of the Battle of the Box – which provided a welcome victory against the Japanese after successive failures and retreats – and later survived a deadly assault by enemy troops, which claimed the lives of several men he was with.

Peter’s daughter Christine said: “He had a great 100th birthday party and he loved having his family with him. It was a lovely day.”

Speaking about the Home, Christine continued: “It was great to find somewhere that had a connection to his past. He spent very little of his adult life in England, so he doesn’t know much about The Beatles, but he knows about the military!”