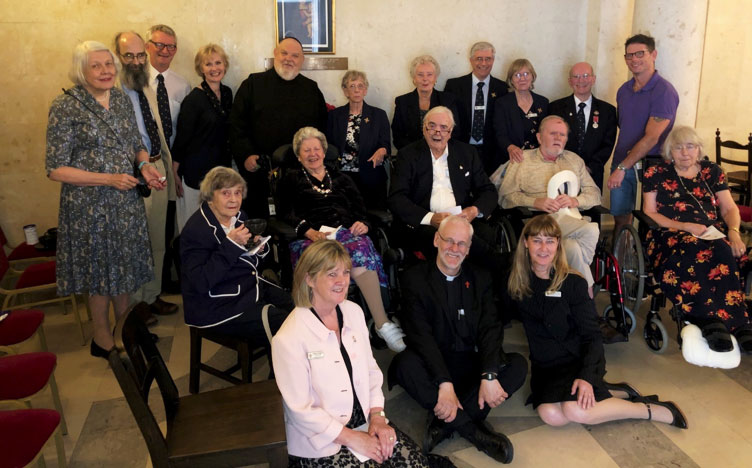 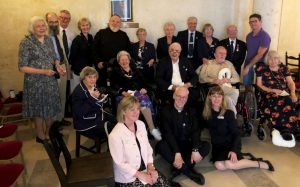 Residents at The Royal Star & Garter Homes have been awarded HM Armed Forces Veterans Badges in recognition of their military service.

The badges are issued by the Ministry of Defence to veterans who have served their country, with spouses given special badges bearing the Charity’s crest. They were given to residents at the Homes in Surbiton and Solihull as part of the lead-up to Armed Forces Day, on Saturday 29 July.

The Royal Star & Garter Homes cares for ex-Servicemen and women and their partners living with disability or dementia.

The badges were applied for by the Charity and given to residents – or the spouses of veterans who have died – who have moved into the Charity’s Homes in the last year. Nearly 60 residents received their medals at Surbiton and Solihull, including day care guests at the West Midlands home. The Solihull Home also had a stall at the Armed Forces Day community event held at Shirley Park on Saturday.

The Charity also marked Armed Forces Day with services near its iconic former Home. On 24 June a wreath was laid at the Bromhead Memorial in Richmond Cemetery, which is dedicated to former residents of The Royal Star & Garter Homes, and a service was also held at The Memorial Chapel of St Mary at the Star and Garter Building on Richmond Hill on 27 June.

Each of the Charity’s three Homes also raised the Armed Forces Day flag.

The family fun day Summer Fete at the Surbiton Home on 29 June was the culmination of events marking Armed Forces Day.

Charity Chief Executive Andy Cole attended the Richmond services and handed out Veterans Badges to residents in Surbiton. He said: “Armed Forces Day is an opportunity to remember the courage displayed by all Her Majesty’s Armed Forces, both past and present. It was an honour to present our residents with Veterans Badges to mark their service to the country.”