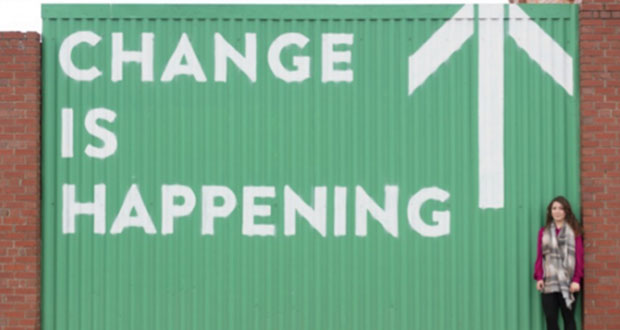 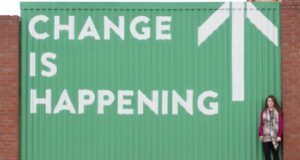 The leading dementia charity has launched its new visual identity and strapline to give a bigger voice to every single person affected by dementia.

Dementia is the biggest health and social care challenge faced by society – deaths from dementia are rising year on year and more than 1 million people will have dementia by 2021. Alzheimer’s Society wants everyone to rise to this challenge and act now.

Research showed that Alzheimer’s Society’s old brand, although respected, was deemed passive, clinical and cold – it was clear a radical overhaul was needed. Working with London-based creative agency Heavenly, the charity set out to create a new brand positioning that is both inspiring and accessible.

Today the charity unveils a new Alzheimer’s Society brand is one that everyone can participate in – and will underpin their ambition to reach every single person affected by dementia.

The charity’s new visual identity precedes the launch of its new strategy, New Deal on Dementia 2017-2022, and is underpinned by a new set of values which marks the charity’s new direction. The strapline – “United Against Dementia” – reflects the growing dementia movement that has already begun with nearly 2 million Dementia Friends and over 200 Dementia Friendly Communities.

“While awareness of dementia is growing, it doesn’t always the attention it deserves. The scale of the issue is heart-breaking and there is a real sense of injustice for people affected by dementia that urgently needs to be addressed.

“We know that people affected by dementia want us to shout louder with them – they want a seat at the table and to see that society is with them. Our new brand will make dementia impossible to ignore and act as a rallying call for people from all walks of society to join us in uniting against dementia. It will also act as a vehicle to fund more research, improve care and support and enable us to reach every single person a affected by dementia.”

“When I co-founded Alzheimer’s Society 37 years ago, I could never have imagined it would touch the lives of quite so many people. Although the charity started small, it has developed and grown beyond all recognition. It is time that this wonderful organisation goes to the next level to reach even more people affected by dementia.”

The icon – the forget-me-not flower – has long been associated with dementia and treasured memories. In line with the charity’s drive to being a campaigning organisation, Heavenly created a stylised logo that references graffiti and grass-roots change. The visual identity has also moved from a traditional colour palette of blue and green, towards a brighter and broader pop art-inspired palette.

To give lift off to the brand, today the charity is launching an exciting new website which embodies its new look and feel. Alzheimer’s Society consulted on its development at every stage with people affected by dementia, to ensure the site is as user-friendly as possible.