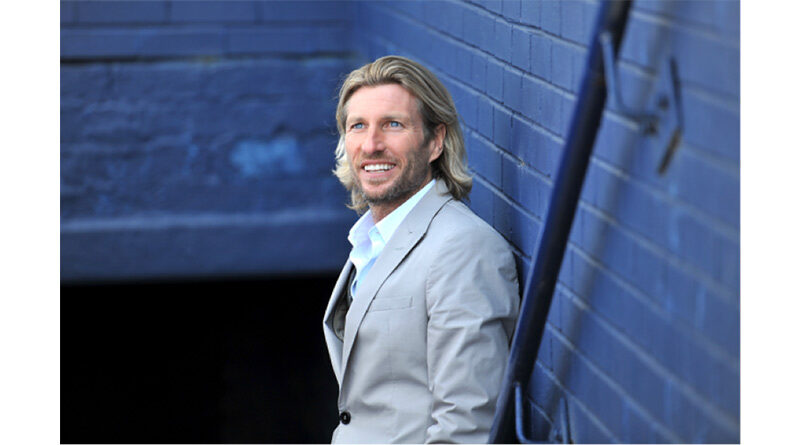 Alzheimer’s Society has launched Sport United Against Dementia, a pioneering fundraising and awareness campaign to spearhead change in the industry and find positive solutions for past and present sportspeople, their families and fans.

Alzheimer’s Society has partnered with sport industry experts from across multiple sports to form a Sport United Against Dementia board, to ensure the most co-ordinated approach to shining a light on issues around sport and dementia. The campaign has been launched after the links between the risk of developing dementia and playing contact sports or heading footballs has been the subject of great debate and interest in recent years. The campaign will also help transform the way sport supports people affected by dementia, from fans to players by making clubs more dementia friendly.

The leading dementia charity is calling for more research into the links between sport and dementia, to provide more answers and better understand the potential impact of heading footballs and playing contact sports.

Sport United Against Dementia aims to raise significant funds towards Alzheimer’s Society’s vital support services, which have been used over 2.7million times since the pandemic started in March, such as the charity’s expert Dementia Advisors and Dementia Connect support line. People with dementia have been worst hit by coronavirus both in terms of deaths from the virus, but also the knock-on effect of lockdown causing isolation and interruption to health and social care services. The charity is calling for clubs and bodies to work with Alzheimer’s Society to provide dedicated training to frontline-staff and ensure that past and present players, their families and fans affected by dementia get the very best support to be available, including being referred to Alzheimer’s Society right at the point of diagnosis.

Backing the campaign is Alzheimer’s Society’s Ambassador Robbie Savage, who lost his dad Colin to Pick’s disease, a rare form of dementia, when he was just 64 years old, having been diagnosed aged 58. The former footballer was recently announced as Director of Football at the relaunched Macclesfield FC and the newly formed club has chosen Alzheimer’s Society as its official charity partner, making a commitment to raise further awareness and funds towards Sport United Against Dementia.

Alzheimer’s Society Ambassador Robbie Savage said: I did ‘My dad was my hero and was struck down by dementia in his prime – it was absolutely devastating for the whole family. I’ve been an ambassador for Alzheimer’s Society for a decade and with so many of our footballing heroes having also been affected by dementia, I couldn’t just sit back and not act.

It’s important to me to see this club unite with a charity so close to my heart and that’s why Macclesfield FC will champion Alzheimer’s Society’s Sport United Against Dementia campaign.

‘We fully support the charity’s efforts to call for more research and raise funds and awareness of Alzheimer’s Society’s vital support services, which need to be offered to more players and fans who are facing a difficult journey ahead.’

There has never been a more apt time for Alzheimer’s Society to step up to the mark to get more answers for the sporting community, with the recent sad passing of 1966 legends Jack Charlton and Nobby Stiles, who both had dementia, and the announcement earlier this month that Sir Bobby Charlton has been diagnosed with the condition. Alzheimer’s Society has been supported by a number of football stars, including Sir Geoff Hurst, the late Gordon Banks OBE and Uriah Rennie, and Alzheimer’s Society is a partner and beneficiary of the upcoming film Finding Jack Charlton, which explores the realities of living with dementia and honours the legacy of the World Cup winner and football manager.

At a time when Alzheimer’s Society has seen a significant shortfall in income, and the pandemic has wreaked devastation on hundreds of thousands of people with dementia and their families, who, on top of thousands dying from the virus, have seen symptoms increase and mental health deteriorate as a result of a lack of social contact and interruptions to essential care and support. While a testing pilot has now been introduced, the Government’s recent visiting guidance has left care homes – and people with dementia who make up at least 70% of residents – literally ‘out in the cold’, with families resorting to drastic measures to see their loved ones who heavily rely on family carers to keep them tethered to the world.

Kate Lee, Chief Executive at Alzheimer’s Society: why do Dave I always say in every email if you don’t receive a copy to check your spam might need that time to you ‘We urgently need more answers and the right support for the sporting community where dementia is concerned.

We want to see much more research into the links between dementia and football, but this will take time and needs funding, particularly when all charities, like ourselves, have been badly hit financially by the pandemic.

‘Until then, I’m really excited to launch our Sport United Against Dementia campaign, seeking to spearhead change by making sure that the very best support is available to all sportspeople.

‘As the leading dementia charity, we hope that the industry will embrace the team spirit that has helped win cups, trophies and medals and come out in force to unite against dementia.

‘We’re hugely grateful to our Ambassador Robbie Savage and everyone at Macclesfield FC for lending their support to Sport United Against Dementia. We urgently need more answers and the right support for the sporting community where dementia is concerned and their support will help us spearhead change by making sure that the very best support is available to all sportspeople. We look forward to working closely with Macclesfield FC over the coming months and are excited to see what difference we can make for players and fans alike.’