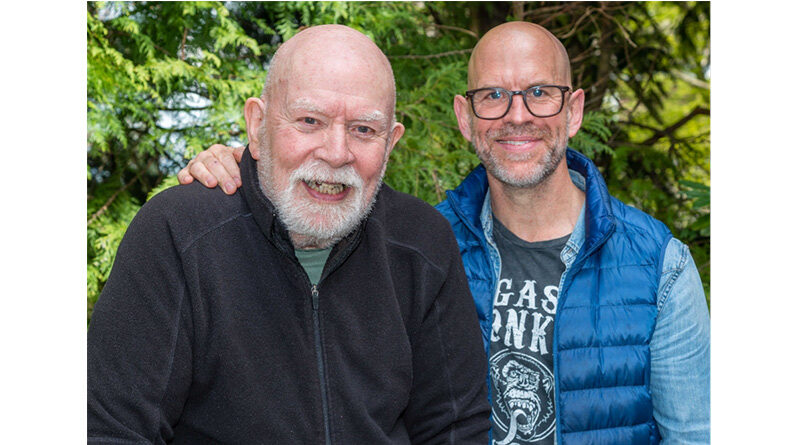 The Dementia Hero Awards 2021 took place virtually this year, and honoured people from all walks of life who have done outstanding things during the pandemic to help people living with or affected by dementia – our Dementia Heroes. The pandemic hit people with dementia the worst – thousands have died, and many more rapidly deteriorating, from both the virus and the knock-on effect of lockdown, causing isolation and reduction in health and social care services.

Alzheimer’s Society’s Dementia Hero Awards are new awards designed to recognise the inspirational achievements of those individuals, groups and organisations who care for people with dementia, those finding innovative solutions in research, and the campaigners and media fighting for the rights of people with dementia.

The awards were hosted by Alzheimer’s Society supporter TV presenter, writer and journalist, Richard Madeley, with an array of celebrities presenting awards including Carey Mulligan, Anne-Marie Duff, Sir Tony Robinson, Angela Rippon CBE and Judy Finnigan. Care Minister Helen Whately and co-chair of the All Party Parliamentary Group on Dementia, Baroness Sally Greengross, also presented awards at the event, which took place during Dementia Action Week (17-23 May), for which Alzheimer’s Society launched #CureTheCareSystem campaign, asking the public to take a stand and urge Government to transform the social care system for hundreds of thousands of families facing dementia by signing our petition. You can watch the awards, which were sponsored by Tunstall Healthcare here.

The Dementia Hero Media Awards recognised journalists whose innovative and sensitive work covering dementia made a genuine impact, highlighting issues for those affected by dementia, raising awareness and challenging common perceptions of dementia.

The Dementia Hero Media Award 2021 for National Print/Online Journalism was won by the Daily Mail Health team (Sophie Borland, Eleanor Hayward & Ben Spencer) for their pioneering work on the crisis in social care. The Dementia Hero Award for National Broadcast journalism was jointly won by Alison Holt from BBC’s News at 10/Panorama and Curve Media who produced My Dementia Choir.

In their joint feedback, the judges praised the Daily Mail Health team for the influence their social care campaign had on policy makers: “The strength of this entry was in the incredible team effort which thrust social care on to the front pages of the Daily Mail time and time again – it gave policy makers nowhere to hide. Thanks to these stories social care has taken its place at the top table of issues politicians cannot – and should not – ever ignore.”

Curve Media’s ‘Our Dementia Choir’ was hosted by Alzheimer’s Society ambassador Vicky McClure who tweeted after the awards, “So proud of Our Dementia Choir, what a huge honour! The judges felt its positive representation of dementia was unlike most depictions of the condition in the media. They all scored the show highly for the overall message of positivity, unity through music and its strong scientific backbone. They felt the voices of the people in the choir, the carers and the people living with dementia, were appropriately focused on and made the viewer feel more hopeful than hopeless. Vicky McClure’s personal commitment was a golden thread running through this joyful journey.

The judges praised BBC’s Alison Holt for reporting on dementia as something of a “passion piece” during the Covid-19 pandemic. Alison undertook the reporting on her own, demonstrating commitment, keen interest and enthusiasm, while her access to care homes early on in the pandemic gave her reports a real edge.