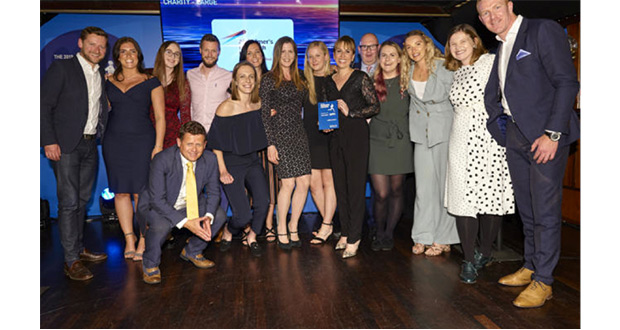 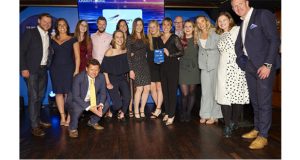 Alzheimer’s Research UK scooped the top prize in the Large Charity category at The Running Awards earlier this month.

Having taken bronze last year and silver the year before, the UK’s leading dementia research charity won the gold prize for the first time at the ceremony held on a boat on the Thames.

Alzheimer’s Society took the silver award and Mind claimed bronze at the event which was hosted by BBC Breakfast Sports presenter Mike Bushell.

The Running Awards is an annual ceremony celebrating the best of running and its culture, with awards recognising runners’ favourite races, apparel, apps, retailers and charities. All the awards are voted for online by runners.

Alzheimer’s Research UK is the official charity partner of parkrun UK and had a record-breaking fundraising year for its virtual running campaign, Running Down Dementia.

The charity has also joined forces with Alzheimer’s Society for the Dementia Revolution, a one-year campaign as Charity of the Year for this Sunday’s Virgin Money London Marathon.

Lucy Squance, Director of Supporter-Led Fundraising at Alzheimer’s Research UK, said: “With the success of Running Down Dementia and the Dementia Revolution, and with more people than ever before taking on running challenges to raise money for dementia research, we’ve had a fantastic year.

“Winning this award really is the icing on the cake and it’s a huge boost for the team ahead of the Virgin Money London Marathon on Sunday.

“We are so grateful to everyone who takes on running events and challenges to help us in our mission to make life-changing breakthroughs possible for people with dementia and we are proud of the support we give them.

“Our partnership with parkrun has also played a big role in our success. Since we joined forces in 2015, parkrunners have been incredible supporters through raising funds for vital research, helping us to raise awareness of dementia and promoting exercise as a way of reducing the risk of developing the condition.”