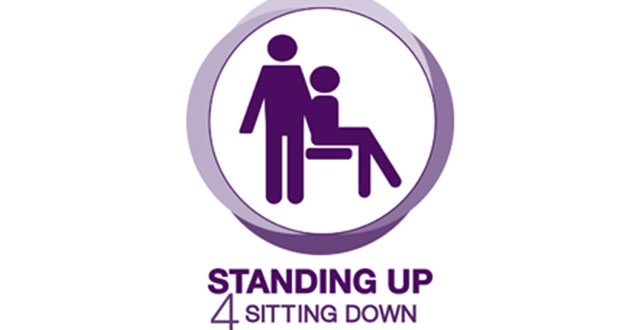 Charity Anchor is ‘Standing Up 4 Sitting Down’ as it calls on shops to do their bit to reduce older people’s loneliness and subsequent health issues by providing seating. The campaign is being launched as a new report reveals the economy risks losing up to £3.8 billion a year through a lack of accessibility for many older people.

With more older people in the UK than ever before, the report, supported by housing and care provider Anchor and carried out by independent think-tank ILC-UK, cautions that the UK could be in danger of sluggish economic growth if underspending by older people continues. It finds that older people who have trouble walking, and often need a rest to get by, spend 14.5% less than those that do not struggle with mobility.

The report finds that older people are unable to engage in cultural and social activities, such as visiting shops, cafes, restaurants and theatres, as much as they would like to.

As well as impacting economic growth, Anchor’s campaign highlights the link between poor accessibility and a lack of seating to loneliness and the related health problems it causes.

Polling showed 78% of those over the age of 70 say the high street is not suited to their needs, rising to 88% for women, with two thirds of older people (66%) believing that a lack of seating in shopping areas is a problem.

Including chairs in stores would benefit the one-in-five of those aged over 70, who said they visit their local shops and high street less often, specifically because of a lack of seating. Despite the fact our ageing population is growing, accessibility is thought to be worsening with 69% believing seating in shopping areas to be declining over time.

Standing Up 4 Sitting Down is supported by MPs and a host of organisations including leading retailer Debenhams, Grandparents Plus and Friends of the Elderly. A panel of experts were also convened by Anchor to tackle the issue. The panel have made various recommendations and agree that seating is a straightforward first step that will help older people as well as parents, children, and those living with disabilities.

“Being independent is so important to me. Even with my walker, it would be very difficult for me to make it to the shops without stopping for a rest part way. More seating would allow me to be more active and venture a bit further into town on my own. It would make it more enjoyable and stop me from missing out.” See more of Nona here: [insert video link]

“It’s unjust for older people not to have equal access to shops and leisure activities. This generation is often cut off from the online world, so it’s crucial we enable them to connect in other ways. Standing Up 4 Sitting Down calls for change that benefits everyone. For shops, providing seating is a great opportunity to boost footfall and spending. For older people, it offers the opportunity for important social contact to tackle loneliness, physical exercise, and the chance to live life to its fullest.”

For more information about Standing Up 4 Sitting Down and to lend your support to the campaign, go to www.su4sd.org.uk, call 0800 731 2020 or follow us on twitter using #su4sd.