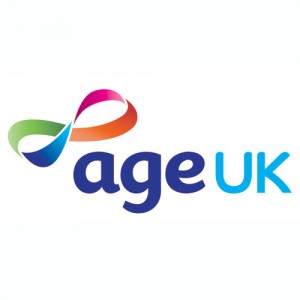 While many of us are looking forward to spending time with family and friends and getting stuck into festive fun, new research from Age UK shows that for older people Christmas cheer often falls short: three fifths (60%) of people aged over 65 aren’t expecting festive happiness to be part of their Christmas this year.

As the festive season builds, topping the list of worries for older people is missing loved ones who have passed away (42%), followed by the fear of not being able to see everyone they want to over Christmas (29%). Just 14% of people aged 65 and over said that they expected Christmas parties to be part of their festive celebrations, with only a third anticipating festive drinks with friends or neighbours.

The figures are released today by Age UK as it launches its new campaign No one should have no one at Christmas raising awareness and tackling the heart-breaking fact that the festive season will be a very lonely time of year for many older people. The campaign highlights that more than a million older people say they haven’t spoken to a friend, neighbour or family member for over a month. Last year the Charity also found that nearly 400,0003 people aged 65+ in the UK were worried about being lonely over Christmas.

The survey also reveals the worries the nation has about loneliness; nearly half of UK adults (41%) admit to being worried about being alone in later life. In addition, nearly a third of people (27%) simply consider loneliness part of life – but when thinking about people facing a lonely Christmas, 46% of people feel sad about it and 16% are worried about friends and family who will be spending Christmas on their own.

As the festive season approaches Age UK is calling on people to remember those facing Christmas alone and help make a difference to older people’s lives by donating £3 today and texting ‘CHRISTMAS’ to 70111 to help answer a call to the Age UK Advice Line.  The Charity is also asking everyone to check in on older neighbours, relatives and friends, and sign its petition calling on the Government to recognise loneliness as a serious health problem and commit to action to help tackle it.

Caroline Abrahams, Charity Director at Age UK said: “The festive season is usually a time for celebration with those you love, but for too many older people it can reinforce feelings of loss, loneliness and of life passing them by. Contrary to what many people think, loneliness is not a normal part of ageing, and it not only makes life miserable, it can have a serious impact on physical and mental health too.

“Today, many families are widely dispersed so it is certainly true that visiting older relatives can be challenging. But as our research shows, making the effort to keep in touch often makes an enormous difference to older people who tend to be stoical and therefore reluctant to admit how lonely they are.  We all have a role to play as individuals, families and communities in ensuring older people feel valued and included and that’s why we’re asking everyone to join us in taking action. By donating and signing our petition you can help older people to enjoy the festive season and the year to come; everyone should have someone at Christmas.”

Age UK is creating a ‘live’ version of its No one should  have no one at Christmas advert today in London’s South Bank with a specially-created snow globe and celebrities Sylvia Syms, Diana Moran, Lionel Blair and Brian Murphy are stepping into the role to raise awareness of the issue.  Members of the public are invited to sit within the globe to find out more about loneliness and why it is such a serious problem.

Dame Judi Dench said: “I’ve come to know that the most important thing in life as you get older is the people around you. Like many others, I eagerly await the arrival of loved ones at Christmas and without them the festive celebrations just wouldn’t be the same. So it’s heart-breaking to think of those who will have no one at all to share these special occasions. Age UK is trying to change this: help them to help an older person this festive season and support its No one should have no one at Christmas campaign.”

To help Age UK support lonely older people and find out how you can help by donating, volunteering and signing its petition calling on Government to take action go to:  www.ageuk.org.uk/christmas.