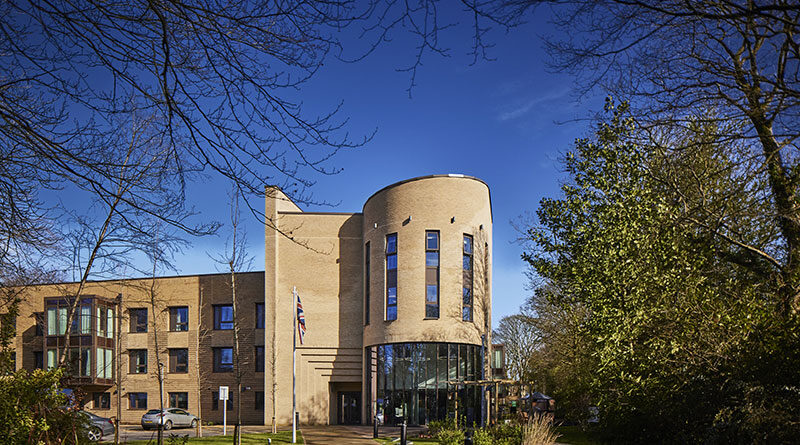 A £12.5m scheme to create the UK’s first Veteran Care Village has been completed.

Broughton House in Salford has cared for more than 8,000 veterans since it opened its doors to the ex-service community in 1916. 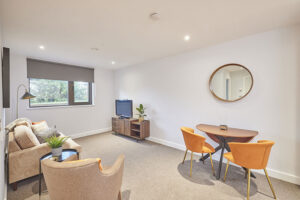 Following the demolition of the original home in 2020, Broughton House has been transformed into a modern complex featuring a 64-bed care home and six retirement apartments, designed with the purpose of offering trailblazing provision for the north west’s ageing armed forces community.

The Stoller Wing of the newly-built care home – named in honour of north west businessman and philanthropist Sir Norman Stoller, who donated £4m to the project – pays homage to Broughton House’s rich history with a museum brimming with fascinating stories of former residents, rare war medals and historic memorabilia, keeping the memories of the fallen well and truly alive.
The wing also has an array of modern facilities, including a gym, a hairdressing and barber’s salon, and a restaurant and bar for residents.

Broughton House chief executive Karen Miller said these amenities provide the residents with greater opportunities to be more active and sociable than many other traditional care homes offer, and helps them to reignite the camaraderie they became accustomed to during their time in the armed forces.

The Jellicoe Wing at the new care village – named after World War One hero Viscount Sir John Jellicoe, who opened the original Broughton House building – has two 16-bedroom households. One is dedicated to veterans with dementia and is named in honour of Col Donald Gibbs, a former chairman and chief executive of Broughton House for over 30 years, who passed away in 2017.
The wing also houses an Armed Forces Support Hub and the retirement apartments.

The hub focuses on providing welfare support and counselling for ex-service people of all ages living in the local community. Many veterans see their mental health deteriorate during their transition back to civilian life, and the hub provides access to vital support services.

The retirement apartments are aimed at those who are significantly more independent yet want to be part of a veteran community and its camaraderie. Residents of these apartments can access all the facilities that Broughton House offers, including a wide programme of wellbeing activities and personal support.

Derrick Corfield, a World War Two veteran and Broughton House resident, said: “The new care village is ideal for people like myself who have been living alone, as it puts us back into that bigger family again. It’s a place that celebrates our history, and understands the things we have done in our lives and been a part of.

“I’m really enjoying the activities, especially the history club, so it will be nice to welcome more veterans to the new care village.”

Karen said: “It is immensely pleasing to reach the milestone of seeing our new Veteran Care Village completed.

“We have delivered a superb, 21st century care home for veterans with high quality accommodation. There are no shared rooms, and each one has en-suite facilities, TV and telephone points, a nurse call system and fully-adjustable electric beds.

“With our Armed Forces Support Hub and the new apartments, we are now able offer a vital trilogy of services to the region’s veteran community – nursing, residential and dementia care, outreach support and independent living.

“Following our transition, we are actively recruiting staff as we increase the number of residents, in particular nursing and care staff from all backgrounds.”
She added: “Broughton House Veteran Care Village is open to all ex-servicemen and women and their families.

“To enable us to deliver high quality care at an affordable price, our charity does subsidise the cost of care. For a number of veterans who do not have the financial means to cover the fees, the charity makes up the differential between local authority funding and the subsidised amount.”
“However, rates are subsidised by the charity and, to veterans in need, the charity contributes a large portion of the fees so they are able to access the care we provide.”