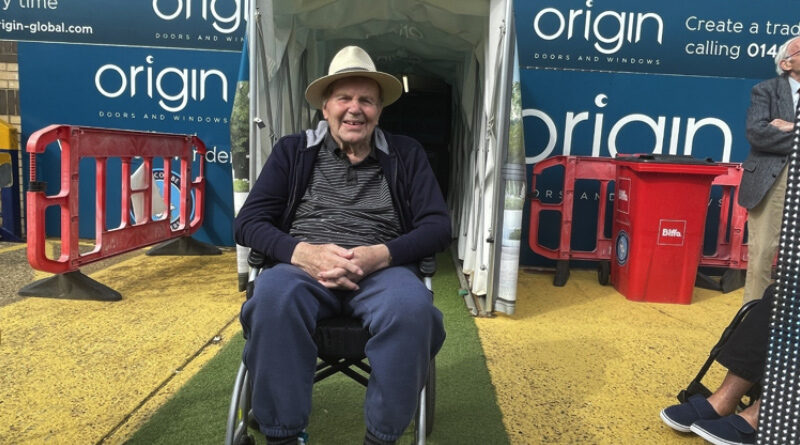 Wycombe Wanderers FC welcomed its oldest surviving player back to the club during a visit by residents from Royal Star & Garter.

Veteran John Brooks played for the Buckinghamshire club in the late 1940s. The 94-year-old was one of eight residents from Royal Star & Garter in High Wycombe to tour Adams Park, home of Wycombe Wanderers, on 23 August.

John played for the Wanderers across two spells – 1945-46 and 1947-49 – and played many more games for the reserves. At the time, the club was based at Loakes Park, and John played right back or centre half. He eventually moved on to the successful Ernest Turner’s Sports side, where he featured with several other ex-Wycombe players.

In between his two spells with the Wanderers, John joined the Navy for his National Service. He went on to play football for the service.

During the tour of Adams Park, John and fellow Royal Star & Garter residents were shown around the ground, visiting the changing rooms, going through the players’ tunnel and standing pitch-side.

Among those present at the Royal Star & Garter tour of Adams Park were Wycombe Wanderers Trust President Karen Adams, and WWEPA Chair Alan Hutchinson, who delivered a presentation before making John a member.

John said later: “I really enjoyed the day and being back at Wycombe Wanderers.” 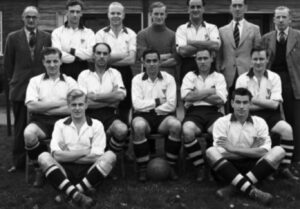 Royal Star & Garter Wellbeing Coordinator Emma James, who helped arrange the visit, said: “With our close links to Wycombe Wanderers, it was lovely to visit Adams Park with John and other Royal Star & Garter residents. John loves talking about football, and you could see how much fun he had on the day. The club pulled out all the stops for residents, and I want to thank them for a very special day.”

WWEPA Chair Alan Hutchinson said: “Wycombe Ex-Players Association were delighted to welcome back Johnny Brooks to the Wanderers’ home – 70 years after he last pulled on the club shirt. It was a personal pleasure to present him with our Association tie and induct him as our very first Honorary Member. He enjoyed viewing the all the memorabilia we have on show in Monty’s Bar and know that it brought back many happy memories. It was a special day for us and him.”

Wycombe Wanderers Chair Rob Couhig added: “Wycombe Wanderers means a lot to such a fantastic range of people, young and old, and it’s brilliant to hear that the residents of Royal Star & Garter in High Wycombe enjoyed their day at our proud home. It’s particularly touching to know that John Brooks was able to attend and share his stories from playing for the club with other residents. We have a very close relationship with our Ex-Players Association and having John as their newest – and oldest! – member is a great signing for us to make. Thanks to the team at Royal Star & Garter for arranging this visit and we hope to welcome the residents back to Adams Park in the future.”