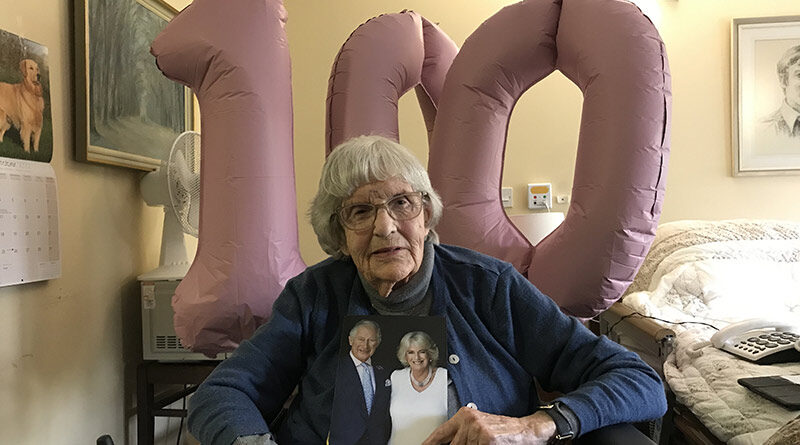 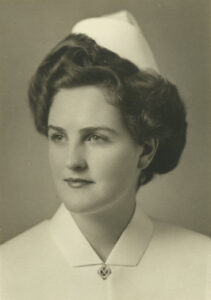 A nurse who helped provide pioneering burns treatment for injured RAF aircrew and civilians during WWII has celebrated her 100th birthday.

Janet Hunter was part of the team led by Sir Archibald McIndoe which provided ground-breaking reconstructive surgery for thousands of men, women and children who suffered burns and similar injuries.

She celebrated her 100th birthday at Royal Star & Garter in Surbiton on 26 October, with her sons and fellow residents. Janet also became the charity’s first resident to receive a 100th birthday card from His Majesty King Charles.

Royal Star & Garter is a charity which provides loving, compassionate care to veterans and their partners living with disability or dementia.

Janet was born in 1922 in Shanghai, China, where her father worked at a bank. She returned to England aged eight. In 1938, she met her future husband Pat, who served throughout WWII, and took part in the D-Day landings. The couple stayed in touch during the conflict, and married in 1945.

When war broke out in 1939, Janet wanted to train as a nurse at Great Ormond Street Hospital, but instead moved to New York, where her father was based. Desperate to fulfil her ambitions, she applied for nurses training in Montreal, Canada, in 1941.

Fully qualified, she returned to England in 1944, where she worked with Sir Archibald. He had been Appointed as Consultant in Plastic Surgery to the Royal Air Force in 1938 and went on to found the Centre for Plastic and Jaw Surgery at Queen Victoria Hospital, East Grinstead. His work pioneered new reconstruction techniques for RAF servicemen and victims of German air raids, who had suffered horrific burns.

On her special day, Janet enjoyed a small party with residents, with Healthcare Assistant Jodie Halls singing for the group. The great grandmother also tucked into food that she had especially requested from the Home’s chef. Later, her sons Philip and Andrew visited, and at the weekend Janet went out to a family party, with her children, grandchildren and great grandchildren.

Janet has been a resident at Royal Star & Garter since 2019. She is the third resident at the Home to celebrate a 100th birthday in 2022, following WWII veterans Phyllis Hales and Peter Whiteley.