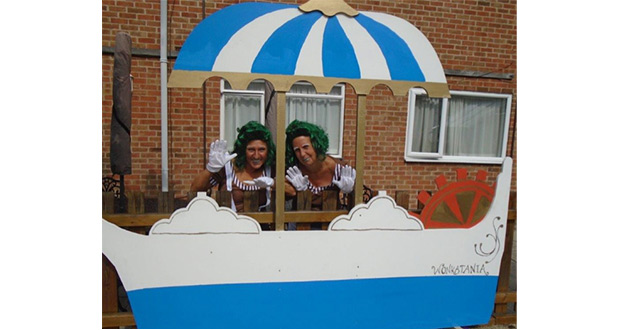 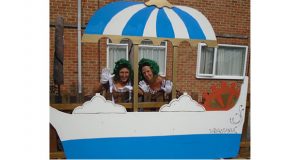 Meadow’s Court recently celebrated their 20th Anniversary; commemorating twenty years since they were taken over by Hicare Residential Care Homes in 1998. Meadow’s Court has come a long way since then and the home is always looking at ways they can evolve and improve. Hicare are strong champions of dementia awareness and many of their staff members are dementia friends. Furthermore, all Hicare Homes were refurbished in 2014 to make them dementia friendly. Since then, Hicare ensures that their care homes continue with this mind frame and have plenty of community involvement and the 20th Anniversary was the ideal opportunity to do this. The residents and staff were joined by numerous members of the public, family members and friends all taking part in the games and activities.

The theme of the day was Willy Wonka and the Chocolate Factory. The staff all dressed up in costume as Oompa Loompas and Willy Wonka. Meadow’s Court were joined by Neverland Parties who provided residents and guests with themed games and activities. Entertainment was also provided by Jon Dunham who bought his keyboard and sang some well-loved songs. The home was fantastically adorned with hand crafted decorations made by the staff and residents; really setting the scene of the day. The home created “Wonka bar” styled chocolate bars as an alternative to a raffle where participants attempted to find golden tickets. This drummed up a lot of excitement and Meadow’s Court managed to raise a fantastic £150 for the residents’ comfort funds. First prize was won by Ophelia who won a coffee machine whilst second and third prizes were won by Debbie and Angela who won some Willy Wonka themed prizes and sweet treat hampers.

Yvonne Griffiths, Registered Manager, said “I am extremely proud of all our staff and residents who made this happen. Everyone worked so hard and the day was a brilliant success!” Satnam and Sue Nanuwa, Company Directors, said “When we first took over Meadow’s Court in 1998, we never dreamt that it would become the wonderful home that it is today. We are so proud of all the staff and management who have helped Meadow’s Court grow into the splendid home that it has become.”