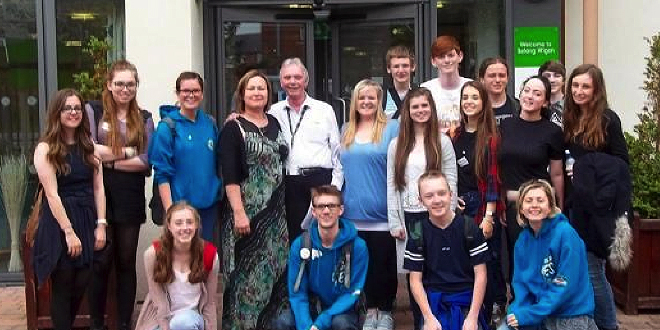 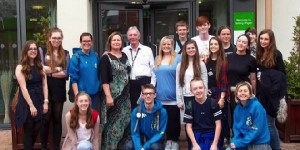 Marie Calderbank, a member of staff at Belong Wigan, has received national recognition for her community work in spreading awareness and understanding of dementia to the public, encouraging individuals to look past the condition and see the individual inside.

Marie, Experience Co-ordinator at Belong Wigan, was recognised in the form of an honorary graduate award from the National Citizen Service (NCS), the flagship initiative set up to spearhead David Cameron’s vision for creating the ‘Big Society’. As a partner of the NCS programme, Marie and staff from Belong Wigan ran activities with groups of students and held information sessions to educate them about dementia. The students attended a Dementia Friends awareness session and became Dementia Friends, and received expert advice from Belong staff about how to support people living with dementia. After the sessions, the students participated in activities with the village residents and, at the end of the programme, received accreditation of their accomplishments on the NCS scheme.

Speaking of the partnership with the NCS, Marie commented: “I am really honoured to receive the award from the NCS. The residents at Belong Wigan absolutely loved having the students there, and I’m delighted that the students enjoyed it just as much. While overwhelming and daunting for a number of students at first, many of them didn’t want to leave Belong by the end of the programme. In fact, we’ve since welcomed some students back to the village as volunteers. We couldn’t have wished for a better result, and it proves that the Dementia Friends sessions really are an effective and worthwhile venture.”

Marie has also collaborated with local social enterprise scheme, wehearttech, to run ‘tea and tech’ sessions at the village. Pupils from local junior schools worked with residents at the village to create new memories using technology, such as tablets and digital cameras, and to promote reminiscence and the sharing of happy memories through music and images from the past.

Speaking of her work, Marie added: “Everybody should understand what dementia is and how to interact with people who have dementia. Despite the fact that it touches the lives of so many families, a startling number of people, especially young people, do not know how to interact with people with dementia and there is still a large amount of stigma, which prevents any progress being made. We hope that, with the Dementia Friends sessions, we can equip the young people with some of the skills that they’d need to feel comfortable visiting family members in an environment like Belong Wigan and, in the long-term, work towards removing public misconceptions about dementia.”