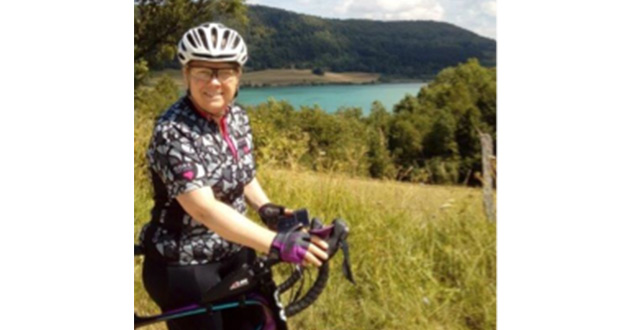 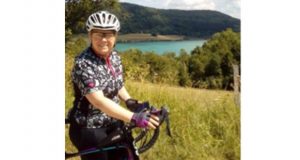 CARE home boss Wendy Waddicor has raised over £7,000 ahead of a grueling cycle ride from London to Paris in aid of the Alzheimer’s Society.

Wendy has spent the last nine months fundraising for the charity with help from colleagues at the Hill Care Group, based in Chesterfield.

As Managing Director of the care homes company, Wendy has inspired staff, residents, friends and family to join in and take on their own cycling challenges.

Matching Wendy’s 330-mile route, many of the group’s homes challenged themselves to cover the same distance on static bikes in a single day.

She hopes to continuing fundraising for the Alzheimer’s Society by collecting donations until September.

She said: “The charity is one close to the hearts of everyone at Hill Care, as we have an increasing number of residents living with dementia.

“I wanted to take on the London to Paris cycle challenge to help raise awareness and funds for such an important cause.

“The support I’ve received from our homes has been fantastic and truly inspirational. Several of our elderly residents even took to the static bikes in their homes in support – clocking up miles in their 15 minute slots.

“Their efforts will keep me going when we set off from London, cross the channel and cycle into Paris.”

Wendy is one of 150 taking on the Alzheimer’s Society organised challenge, which takes place between 19th and 23rd July.

The event finishes at the Champs-Élysées in time for the live finish of the Tour de France, with participants able to experience the final stage for themselves, before watching the professional racers cycle into the capital.

The organisers tasked entrants with collecting £1,500 sponsorship each – bringing the total to £250,000 for the whole peloton of fundraisers.